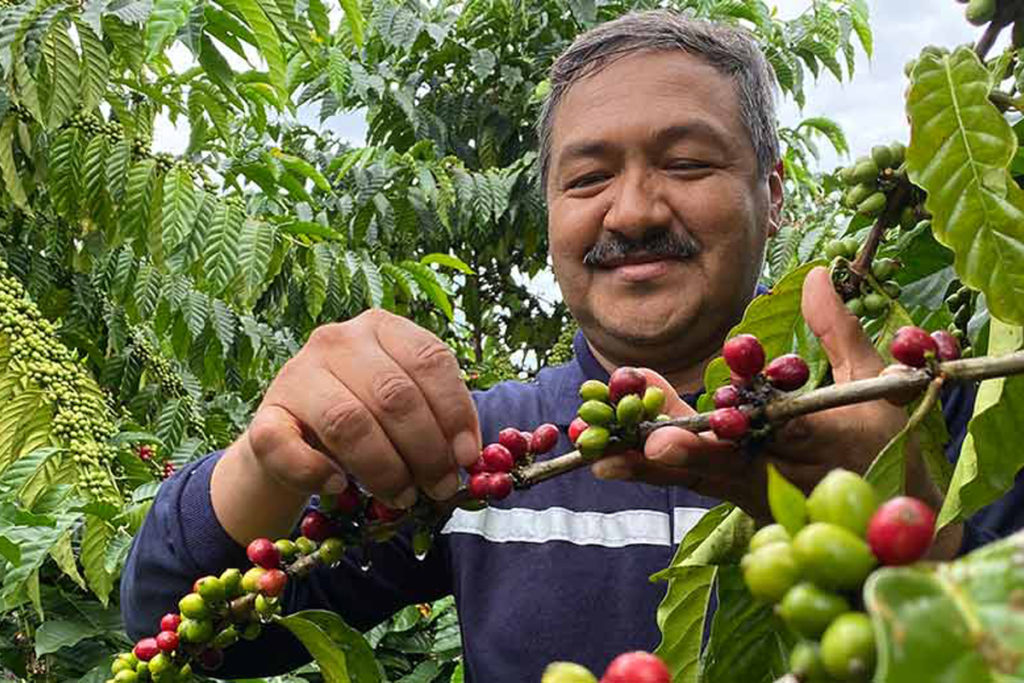 Nestlé’s plant scientists have made a major breakthrough after discovering a new generation of low carbon coffee varieties through classical non-GMO breeding and by harnessing the plant’s natural biodiversity.

Two new Robusta varieties are able deliver up to 50 per cent higher yields per tree using the same amount of land fertiliser and energy, creating up to a 30 per cent reduction in the CO2e (a carbon dioxide equivalent) footprint of the green coffee beans.

Since green beans account for 40 to 80 per cent of the CO2e emissions of a cup of coffee, these breakthrough varieties significantly reduce the carbon footprint associated with coffee consumption.

One of these new Robusta varieties has already been successfully trialed and is now being grown by farmers across Central America.

Nestlé is also developing new higher-yielding Arabica varieties that are bred to be more resistant to ‘coffee leaf rust’, a plant disease that has devastated coffee plantations across the Americas.

This new Arabica variety is also able to produce higher yields for farmers while using the same amount of fertiliser and land.

Nestlé plant scientists have also developed a drought-resistant coffee variety, which is now undergoing trials in Central America, that delivers up to 50 per cent higher yields per plant under moderate to severe water stress.

This is a major breakthrough for farmers impacted by drought and climate change.

The Nestlé Research Centre for Plant Sciences in Tours, France, has led the way with development.

The scientists continuously develop improved coffee varieties which are then tested on Nestlé’s experimental farms in Latin America, Africa and Asia.

Finally, the new plantlets are proliferated and distributed to farmers globally through Nestlé’s sustainable sourcing programs and partnerships with local agricultural institutes and cooperatives.

“In doing so, we will contribute significantly to the reduction of CO2e emissions associated with coffee consumption,” said Nestlé CTO Stefan Palzer.

“We will also enable farmers in regions affected by climate change to continue to produce great coffee.”