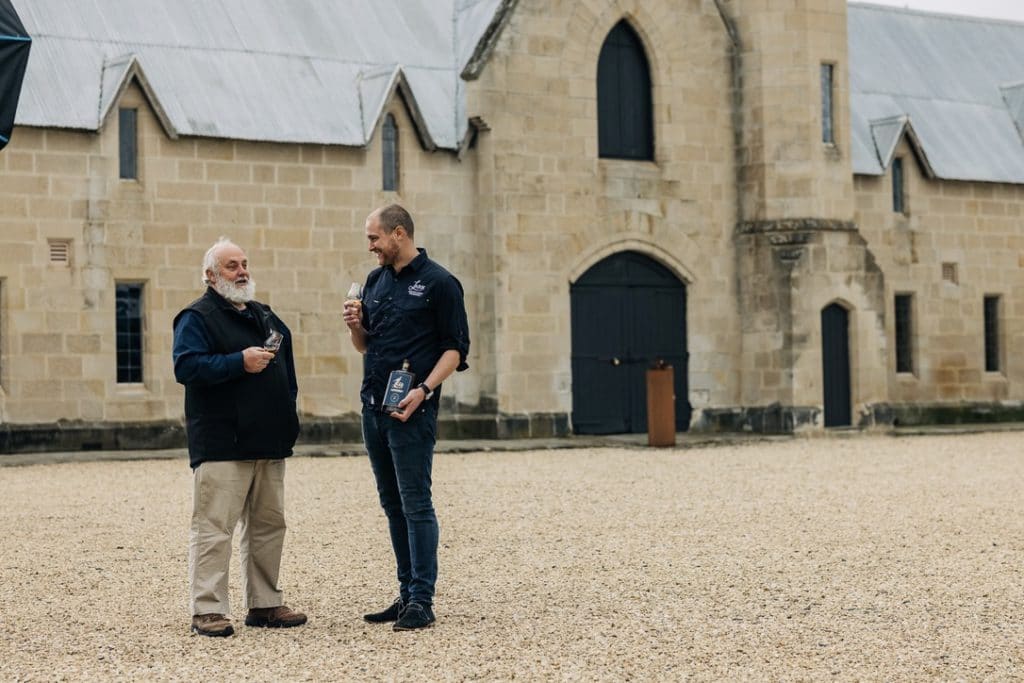 As Lark Distilling Co. enters its 30th year in 2022, the Pontville site heralds a new dawn for Tasmania’s first distillery. It spans 40 acres of land and buildings including a 130,000L distillery, cellar door, eight bond stores, working cooperage and the historic stables and homestead.

Pontville will be Lark’s third working distillery in Tasmania alongside its Cambridge and Bothwell sites and will contribute to the production of 576,000L of whisky each year. Following the commissioning of a new one million litre greenfield distillery on the Pontville site in mid-2023, Lark will have annual production capacity in excess of 1.3 million litres. All whisky distilling, product innovation and development will continue to be led by Lark’s master distiller Chris Thomson and his team.

Tasmania has seen significant growth in the distilling industry, stemming from Lark Distilling Co. founder Bill Lark’s vision more than 30 years ago. Bill and his wife Lyn saw the potential to produce a rich, local single malt whisky in pristine Tasmanian conditions and serve a modern, thriving community of whisky lovers around the country.

“This builds on our vision to become the world’s most innovative distiller and for the second consecutive year running, Lark has been nominated for the International Wine and Spirit Competition (IWSC) Worldwide Whiskey Producer of the Year award to be announced in Edinburgh, Scotland on 21 October 2021.

“These assets provide significant whisky inventories on value accretive terms and re-balance the maturity profile of our overall whisky under maturation. Critically, the age profile and quality of the whisky under maturation being acquired will enable The House of Lark to commence an export programme from FY23, which is approximately 12 months ahead of previously published plans.”

The construction of a greenfield distillery at Pontville is expected to commence in February 2022 and deliver a Lark distillery in 2023.

“I could never have imagined 30 years ago from my kitchen bench, where that very first bottle of Lark was made, that in 2022 we’d be producing some of the world’s best whiskies across three exceptional distilleries right here in Tasmania and all from the Australia’s first certified carbon-neutral distiller.”

Lark Distilling Co. Will open its cellar door to the public at Pontville from early 2022.