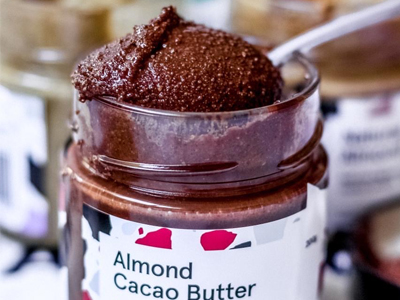 Nick Sheridan created 99th Monkey in Melbourne in 2013. His aim was to create a nut butter that not only tastes delicious but also that was good for a person’s health and kind to the planet.
“As a former journalist (The Age, Global Coffee Report) living in London and training for my first (and maybe last) marathon in 2012, I became obsessed with peanut butter. When my wife Tracey and I returned to Melbourne, I decided to turn my nut butter obsession into a business,” said Sheridan.

Sheridan started out selling in farmers markets then into local stores and online. At the end of 2017, 99th Monkey was in about 800 independent retailers around Australia.
In 2018, 99th Monkey was one of five Australian businesses that were selected to take part in the Chobani Food Incubator program.
“The program helped me to expand my vision for the business and gave me the contacts and confidence to take the brand to the next level,” said Sheridan
Read More: Australian wine company growing export sales
“2018 was also that year that I finally went all in on the business, leaving my job as editor of a coffee magazine to focus on 99th Monkey full time – it felt like a big leap at the time considering we had a two-year-old daughter and a mortgage.”
The leap paid off and by the end of 2018, 99th Monkey was stocked in Coles’ new format stores, Coles Local. This led to 99th Monkey securing three products stocked in 200 Coles stores in Victoria in 2019.
This past year, 99th Monkey have signed a million dollar deal with Coles. 99th Monkey Natural Almond Butter and Cacao Almond Butter will be stocked in 650 Coles stores nationally.