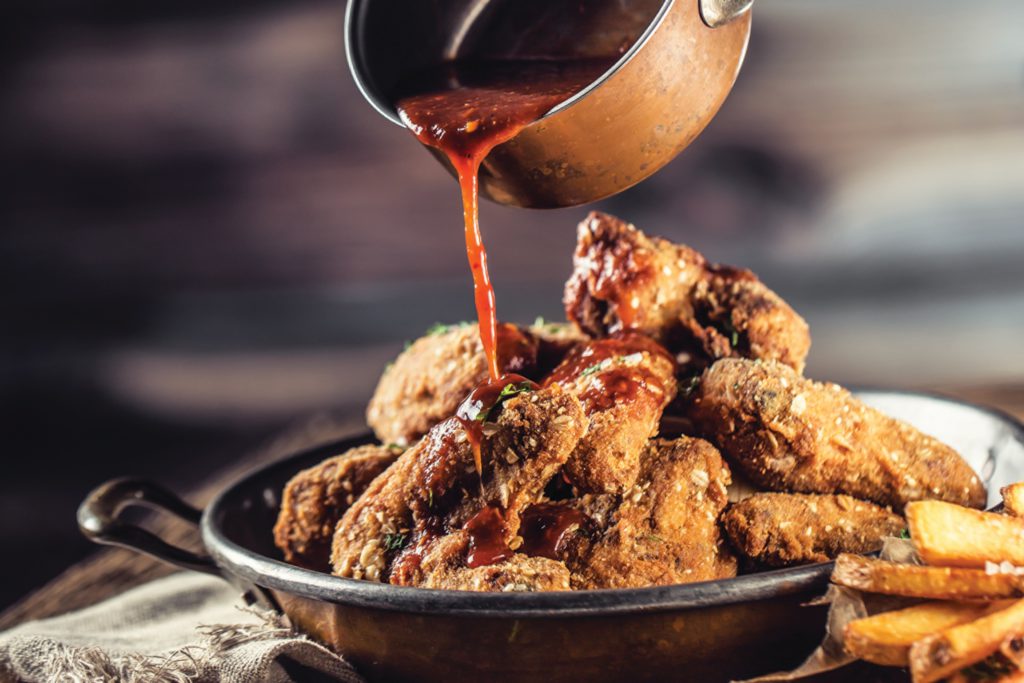 Up until 20 years ago, not much was happening in the field of nano technology as it related to food and beverages. However, in the past 15 to 20 years there have been a number of academic papers published, as well as references made, with regard to the technology and how it can be applied to this industry.

In the December issue of Food & Beverage Industry News, Dr Julian McClements – distinguished professor at Department of Food Science at the University of Massachusetts, adjunct professor, School of Food Science and Bioengineering at Zhejaing Gongshang Uni, China, and visiting professor, Harvard University, talked about the future of food. And part of that future included nanotechnology.

While the idea of nanotechnology in food is exciting, there are many facets that have yet to be discovered and it is important that when delving into nano technology in this arena that proper research and development is carried out.

Nanoparticles are a key ingredient to nanotechnology, but what are they?

“If  you look at something like a pumpkin, and you were standing on the moon and looking at the Earth and I held the pumpkin up in my garden, you wouldn’t see it because the pumpkin is very tiny compared to the Earth,” said McClements. “It is about 10 million times smaller. Now, if you compare a nanoparticle to the pumpkin, it is 10 million times smaller than a pumpkin. That gives you an idea of just how tiny nano particles are. But what is incredible is that even though they are that small, we can still fabricate them, characterise them and still use them for different functional purposes.”

According to McClements, often when the idea of nanotechnology in foods is brought up, some people think they will have a negative impact on the food chain. However, nature has been putting nanoparticles in food for millions of years.

“If you look at breast milk from a mother or milk from cows, they have casein micelles in them and those casein micelles are 50 to 500nm,” said McClements. “And they are micelles that nature has created to incorporate proteins, phosphates and calcium in a form that can get digested in your body quickly and release all these nutrients and feed the growing infant. Just because something is a growing nanoparticle doesn’t mean it’s dangerous. You can also get other kinds of nanoparticles like oil bodies in oil seeds. Things like soy beans. If you look inside soy beans they have tiny nanoparticles in there that are like parts surrounded by proteins and these can be in the nano range as well.”

Alternatively, it is possible to engineer nanoparticles. McClements gives the example of where he grew up in Northern England where there is a titanium dioxide factory near the house where he lived. They made tiny titanium dioxide particles, which were about the same size as a wavelength of light so they scatter the light strongly and they had a very high refracted index that made them good light gatherers.

“If you look at the paint on my wall, the white paint has got a lot of titanium dioxide in it to make it look bright,” he said. “We put the same particles in foods. A lot of foods, like chewing gum, or bakery products, or the dust you get on doughnuts, has got titanium dioxide in it to make it look white and bright. If you are a food manufacturer you might potentially make these nanoparticles, or they might just occur in the product unintentionally. You didn’t mean to make them, but the process you use means they end up in your food. When you are making engineered nanoparticles, are trying to do in the food industry is to create some novel effects in our foods, or we are trying to improve food quality, or safety or the nutritional properties of food?”

An important attribute of nanoparticles if that they are of a very small size. It is possible to take a regular food ingredient and shrink it down to the nano size where it will behave very differently to a normal food ingredient. For example, if a manufacturer is trying to deliver a bioactive component to the human body. If its small enough, it can penetrate through the mucus layer and through epithelial cells and be absorbed into the body, whereas a larger particle would be incapable of achieving such a feat.

“This is because the pores in the mucus layer that enclose our intestinal tract are about 400nm. If the particle is small enough it will get through,” said McClements. “The same with things like microbial cells. They are covered by a coating and if you can get them small enough they can get through. That is one reason you might use nanoparticles in food.”

Another characteristic of nanoparticles is the high surface area. If there is a given mass of a material and a manufacturer makes it smaller and smaller, then the surface area increases. That can change the behaviour of the food.

“In foods there are a lot of things that happen at the interfaces,” said McClements. “For example, lipid oxidation in a lot of food products happens at the water/oil interface, or lipid digestion happens there. As you increase the interface, you increase the lipid oxidation, or lipid digestion. In some cases that is good, in other cases it can be detrimental.

Now that nanoparticles are used  in food, how can a food manufacturer employ them into their production line and what are some of the benefits.“One of the ways is to make food ingredients invisible, which sounds weird,” said McClements. “Say you wanted to make a transparent beverage. You want a clear beverage but you want to have an oil-soluble component in it. Normally when you put an oil soluble component in it, it wouldn’t mix with water and you would get a layer of oil on top. Or you would use a conventional homogenisation technology and you would use something that is a few hundred nanometres and it would scatter light very strongly and would look something like milk. It would look very creamy. However, if you use special fabrication methods, you can make a system that has got fat in it but it looks transparent. And the way you do that is make the particles very small. Much smaller than the wavelength of light and they scatter light very weakly and therefore they look clear. When the particle size is about the same size as the wavelength of light, they scatter strongly. This is one application that the beverage industry is already using to put soluble flavours and colours and vitamins into beverage products.”

It is also possible to use nanotechnology to increase shelf life. Around the world there are currently a lot of microbreweries opening so people are trying to make new types of beers, with all sorts of weird and interesting ingredients, according to McClements. There are often precipitates of sediments in these products., which are also found in dressings and plant-based milks and similar products.

“Using nanotechnology you can try and improve the shelf life of these products and improve the stability of these products by making particles very small. There are two ways you can do this. One is to help prevent particle aggregation and the second helps stop creaming and sedimentation,” he said. “With creaming and sedimentation, if you have a particle in some kind of food product you want it to stay stable so that the particle looks homogenous. Any particle that has two different forces acting on it. One of them is gravity and that will tend to make the particles move upwards. The other is Brownian motion, which is like the random collisions of the molecules revolving around it. This wants to randomise the system. Brownian wants to make it homogenous and gravity wants all the particles to go to the top or bottom depending on the density distance. What you will find is that gravity increases as the particle size increases. This means things tend to separate more quickly as the particles get bigger. Whereas Brownian motion tends to increase as the particles get smaller. When the particles are small enough, the gravity forces are very weak and the Brownian motion is very strong and you can prevent creaming or sedimentation from occurring.”

Then there is the ability to change the stability of particles to aggregation. When the particles aggregate they often make the creaming and aggregation faster. McClements did an experiment a few years ago where he made protein stabilised emulsion droplets and made them large and small and his team calculated the colloidal actions between them. What they found was that if there are very small particles, the colloidal interactions forces between the particles were very small.

“These are so small – the attracted sources – that the emulsion stays stable and the product can a have a long shelf life. If the particles are bigger, the attractive forces are much stronger and then you tend to get aggregation and creaming of droplets. This experiment was an example of that by making the droplets very small, you can improve the shelf life of a product. That is the physical stability of foods,” said McClements.

Finally, McClements’ team also did another experiment by trying to make food healthier by trying to reduce its calorie count.

“What we wanted to do was make things like sauces and salad dressings, or mayonnaise, which have nice, creamy textures, but with a much lower fat content,” he said. “What we did in this experiment was we made up two types of protein stabilised emulsions at pH7.  One of them was stabilised by lactoferrin which was positive pH7, while the other was stabilised by ß-lactoglobulin, which is negative at pH7.

“We either used the pure proteins or we used a mixture of these different emulsions. If you have pure ß-lactoglobulins then the particles are negative, and have a very low viscosity like in milk – so you could just pour it. If you had pure lactoferrin it was positive, and again you have a very low viscosity and you could just pour it. This is because the droplets have a high charge and they all repel each other and therefore you won’t get any aggregation in the system. If you mix these two oppositely charged particles together, they aggregate with each other because of the attraction. They form a 3D network that extends over the whole product, and you get a paste-like, creamy product. You have a very low fat content but you have a high viscosity.

“Typically to get this type of viscosity you would have to get 40 to 50 per cent fat in there. This is a potential strategy to get reduced fat in foods to address things like obesity and diabetes.”