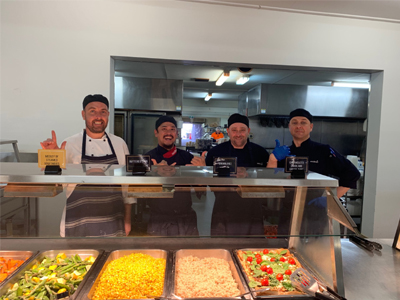 Sodexo, a company that specialises in quality of life services, has pledged to purchase at least 75 tonnes of surplus food by August 2021, through Yume’s surplus food online marketplace, as part of its ongoing efforts to lead the charge in corporate sustainability.
Yume’s online marketplace allows suppliers and buyers to connect with each other to prevent high quality, edible food from going to waste.
Yume food purchases are made by a number of Sodexo’s mining villages sites across the country, including Cloudbreak, Degrussa and Karntama in Western Australia, Olympic Dam in South Australia and Tanami in Northern Territory.
Sodexo and Yume first partnered in mid-2018 and Sodexo was the first corporate buyer to make a Yume pledge for future food purchases. Since, Sodexo has purchased more than 115 tonnes of surplus produce through Yume.
“7.3 million tonnes of food is wasted every year in Australia, of which 4.1 million tonnes is from the commercial food sector. Through the purchase of top-quality surplus food through Yume, Sodexo has become a leader in sustainable procurement and given hundreds of businesses a lifeline., said Katy Barfield, Founder & CEO, Yume.

Sodexo’s Tanami Village has purchased 8,123kg of surplus food through Sodexo’s supply chain.
Following a successful trial, Sodexo’s team at Tanami now purchases salmon, export quality pork, diced beef, chicken and more, ordering in bulk and building the products into their quarterly menus.
“We were surprised at how much food would normally have gone to waste. We now purchase almost a tonne of poultry every six to eight weeks that would have otherwise gone to waste. With Yume part of our main supply chain, we’re looking at how we can incorporate even more products as we review our menu each quarter,” said Tristan Allen, Tanami site manager, Sodexo Australia.

Sodexo’s mission to reduce waste extends across its operations in Australia.
The company recently announced it helped reduce the production of regular plastics by 156 tonnes and offset 1,122 tonnes of carbon, as part of its partnership with packaging provider BioPak.
Sodexo has also announced the deployment of its data-driven food waste prevention program, WasteWatch powered by Leanpath, at 140 food service locations across Asia-Pacific, including Australia, by January of 2021.
The WasteWatch program will enable sites to capture food waste data, identify opportunities to reduce waste and drive operational and behavioural changes.
“Collectively, corporate Australia still has a long way to go to achieve environmentally-conscious operations and supply chains. By partnering with providers like Yume, BioPak, and Leanpath we’re taking steps towards a more sustainable future. Our work with our sustainability partners serves as a reminder of the capacity of corporates to contribute to the fight against waste.” said Mark Chalmers, CFO & country president, Sodexo Australia.