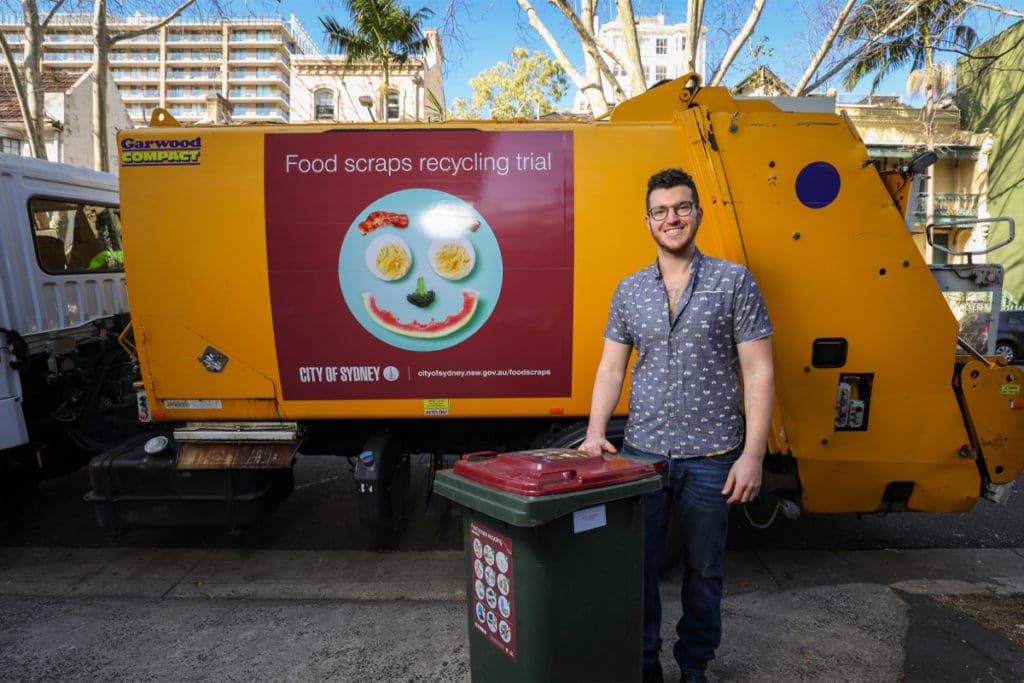 The City of Sydney is looking for an additional 100 apartment buildings to take part in a food recycling trial which has just been extended.

Since July 2019, Sydney has been running an opt-in residential food scraps collection and recycling trial, available to more than 11,700 households across 138 apartment buildings and 1,016 houses.

Lord Mayor Clover Moore said that with waste and waste management making up around 9 per cent of the city’s carbon emissions, changing the way we deal with food waste is essential.

“Food waste typically makes up more than a third of the rubbish in our general waste collection, which contributes to landfill but also releases methane gas as it decomposes,” said Moore.

“We’re in the middle of a climate crisis and need to save every scrap of carbon we can to accelerate emissions reduction.

“So far, the trial has diverted more than 500 tonnes of food waste from landfill and we want to do more.

“The food scraps we collect are sent to an anerobic processing facility in western Sydney where they’re converted into green energy to power homes and fertiliser for gardens and farms.

“This work will play a crucial part in helping us reach our 2030 target of diverting 90 per cent of waste in the local area from landfill.”

The City makes it easy to participate in the trial, providing a kitchen caddy bin, compostable caddy liner bags, and a food scraps bin.

Apartment buildings are also given resources to inform residents about the scheme and buildings with more than 50 units receive a pop-up information session on-site.

“The response from those who are already part of the scheme has been incredibly positive,” said Moore.

“97 per cent of people taking part say it’s very easy to use and the overwhelming majority are very happy with the way it’s being run in their building.

“With the City of Sydney collecting food scraps bins twice a week from apartment buildings, it really is an easy way to further reduce our carbon footprint.”

The City wants a further 100 buildings to sign up to the trial. There’s no minimum on the number of eligible units per block and strata committee approval is needed as a first step.

In NSW, 44 councils have a food and garden organics (FOGO) collection service.

To get your apartment building involved, email your building address and the contact details of the building strata manager or strata secretary to council@cityofsydney.nsw.gov.au