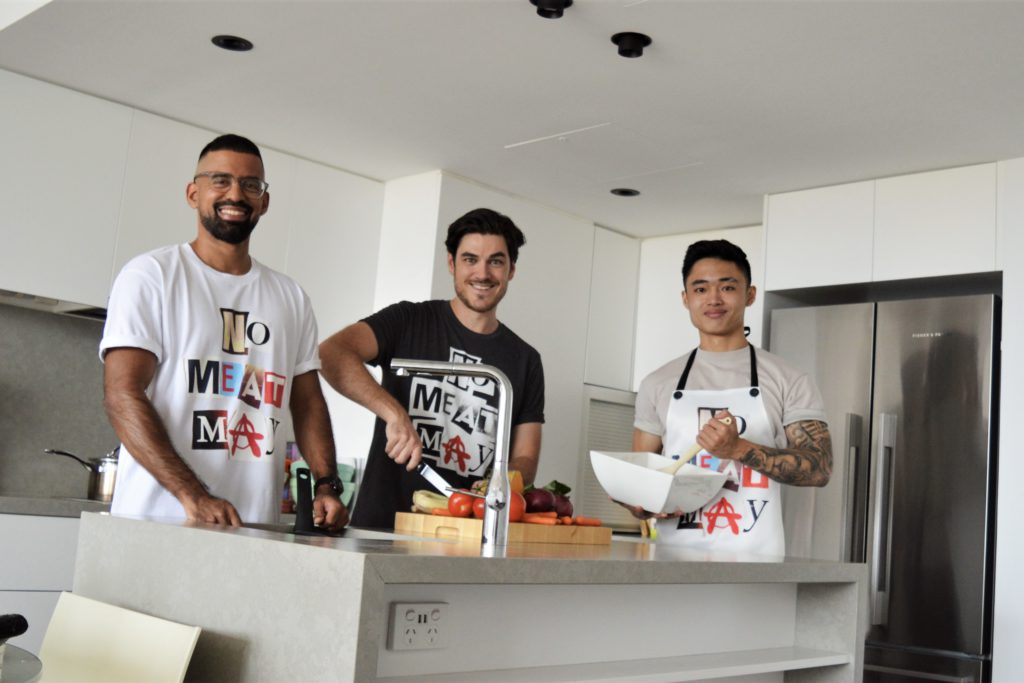 Image credit: No Meat May.

A study commissioned by not-for-profit, No Meat May, has found that Australians believe a meat-rich diet and optimal health are heavily interlinked. Experts have warned these perceptions could trigger more health issues than outcomes.

The study surveyed 1,000 people in the lead up to its 10-year anniversary and an expected record-breaking year of participation. It revealed that 61 per cent of Australians believe eating meat is an essential part of a healthy diet, with as many as two in three (72 per cent) believing a plant-based diet would not improve their health.

On the flip side, only one in four Australians (28 per cent) believe that a plant-rich diet could improve overall health, with many believing that eliminating meat would result in poor health outcomes (23 per cent) and an overall loss of strength (21 per cent) and muscle (13 per cent).

The average Australian consumes around 100kg of meat per person per year, triple the global average. No Meat May – an Australian-based health promotion charity that encourages people around the world to ditch meat or all animal products during May – continues to see exponential participant numbers year on year. Four in five participants (81 per cent) acknowledged health is the driving factor in their sign-up over and above environmental concerns (62 per cent), or distress for animals (57 per cent).

“Our survey findings reflect beliefs among the general population that eating meat is essential for optimum health, helping to explain why our national per capita meat consumption is through the roof,” No Meat May founder Ryan Alexander said.

“This is despite mounting evidence that a high-fibre plant-based diet is strongly linked to a reduced risk of a premature death and major health issues, like heart disease, obesity, certain cancers and even type 2 diabetes.”

According to Dr Heleen Roex, the co-founder of Doctors for Nutrition, cardiovascular disease is the biggest cause of death in Australia. Most risk factors are preventable through lifestyle choices, particularly a healthy diet.

“A low-fat, wholefood, plant-based diet is the only diet that has been shown to halt and reverse heart disease,” Roex said. “Studies showed regression of atherosclerosis or hardening of the arteries – after one year, with further improvement after five years. Eating a plant-based diet in young adulthood lowers the risk in middle-age for heart attack, stroke, heart failure and several other cardiovascular conditions.”

Roex explained that as little as two or more serves of red meat, processed meat or poultry per week has been associated with a higher risk — an increase of between 3 and 7 per cent — of developing cardiovascular disease.

The No Meat May survey also showed that:

“While the results suggest that people believe meat is essential to good health, they also admit that even if they were guaranteed better health outcomes by cutting meat from their diet, they wouldn’t,” Alexander said. “What this shows us is that our attachment to meat is driven by more than health, but also by taste, culture, marketing and even the media. It’s not surprising that nine out of 10 Australians are not eating enough fruit and vegetables, there’s just not enough room on our plates.”

No Meat May challenges people across the world to eliminate meat from their diets for 31 days for health, environmental and ethical reasons. It provides them with free support, tools and an inclusive community to test out a meat-free or plant-based lifestyle for the month of May.

This year, No Meat May will celebrate its 10th anniversary, with more than 100,000 people expected to take part in this year’s campaign globally. Since its establishment in 2013, the initiative has now seen over 111,000 people across the globe taking part, with as many as 90 per cent continuing to eliminate or reduce meat consumption after the challenge finished.

Recognising that most people change incrementally over time, the movement was engineered from the outset to be educational, supportive and non-judgemental.

“We recognise that most people change over time, that’s why No Meat May was designed to be educational, supportive, and non-judgemental. We want to meet people wherever they are,” Alexander said.

To join the No Meat May challenge, check out the website here.