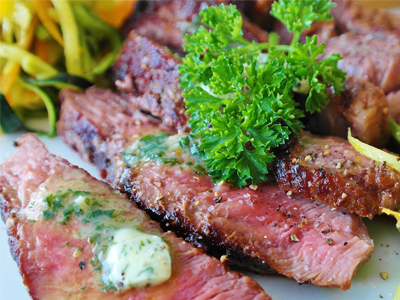 Ireland is currently by far the dominant supplier of beef to the UK, the report says, representing 70 per cent of total UK beef imports in 2019.  But the UK is also pursuing new trade deals with countries outside the EU, including major beef exporters such as Australia, New Zealand and the United States.

Rabobank senior animal protein analyst Angus Gidley-Baird said the UK represents a big, high-value beef export market. “Once outside the European bloc, we expect it to become the fifth or sixth largest beef-importing country in the world,” he said.

“The new trade deals under negotiation could challenge Ireland’s position in UK beef imports if the deals open the possibility of broader low or no-tariff access to the UK market for these other beef exporters.”

However, the newly-released report says, trade negotiations alone will not determine which countries will ultimately supply the UK beef market in the future, with consumer preferences (for locally-sourced product) and non-tariff barriers – such as entrenched existing market relationships between food retailers and processors and purchasing standards – playing a significant role.  “And these clearly do work in favour of current Irish suppliers,” Gidley-Baird said.

National cattle slaughter – at 612,000 head for the month of June –  was down 14 per cent year on year (YOY).  Year-to-date national slaughter (for 1H 2020) was down seven per cent on the same period last year, while beef production was five per cent down.

The current limited availability of stock meant there would likely be minimal decline in slaughter numbers as a result of the 33 per cent reduction in capacity in Victorian abattoirs due to Stage 4 lockdown requirements, the report said.

Reflecting the lower production volumes, Australian beef exports dropped 23 per cent YOY in July to 88,785 metric tons swt).  Big reductions were seen in the markets of Japan (down 24 per cent YOY), South Korea (down 14 per cent) and China (down 56 per cent). Export volumes to China had also been impacted by the suspension of Chinese beef export licences to four Australian plants in May and the triggering of safeguard tariff measures.

The appreciation of the Australian dollar in recent weeks was also compounding the higher prices and challenging the competitiveness of Australian beef, the report said.