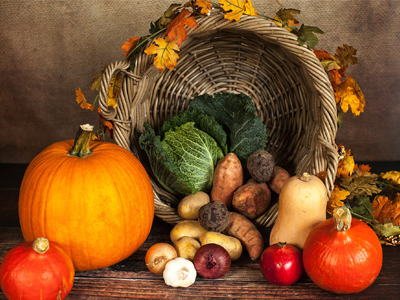 According to industry research company IBISWorld, sales of vegan food products have soared over the past five years in Australia, with major food manufacturers and takeaway chains increasingly introducing new products to meet demand. However, as the cost of meat and international meat exports continue to rise, this surging demand for vegan products represents a growing threat to local demand for Australian meat and dairy.

Vegan food manufacturing soaring
According to IBISWorld research, demand for plant-based products has surged in recent years, with food manufacturers and takeaway chains in Australia constantly having to introduce new products to keep up.

“The quality of these products is also increasing at a rapid pace, with plant-based alternatives to meat and dairy foods continuously being launched. Unilever recently launched a plant-based alternative to its Magnum ice cream products, and popular food chains Hungry Jacks, Schnitz and Grill’d have all recently added plant-based options to their menus, in an attempt to take advantage of rising demand,” said IBISWorld Senior Industry Analyst, James Caldwell.

“This surging demand for plant-based alternatives represents a growing threat to local demand for meat and dairy products, which will in turn affect the long-term viability of the Australian meat processing, beef cattle farming, cheese manufacturing, butter and dairy product manufacturing, and milk and cream processing industries. The Australian meat processing industry now generates over 60 per cent of its revenue from overseas, and we expect this number to rise over the next five years,” said Mr Caldwell.

Vegan product innovation
According to IBISWorld, several food-based innovations have allowed manufacturers to produce plant-based foods which mimic the taste and texture of meat products. Companies such as Beyond Meat and Funky Fields are now producing meat alternatives that are so realistic, they are being sold next to meat products in supermarkets. With the rise in the price of meat products over the past five years, we are now at a stage where plant-based alternatives are comparable to traditional meat in terms of both quality and price.

Environmental awareness affecting meat consumption
Australians are increasingly concerned about their impact on the environment, which IBISWorld analysts believe to be a factor behind the rise in demand for plant-based products. The meat and dairy sectors have been considered to have a large carbon footprint by environmental organisations, with research finding animal-based agriculture responsible for 18% of greenhouse gas emissions. A 2017 study by GRAIN also found that the world’s three largest meat firms produced more emissions in 2016 than the whole of France.

“In addition, raising animals for slaughter is a very water and land intensive process. According to the UN’s Priority Products and Materials report[3], both meat and dairy require more resources in terms of land and water, and produce more emissions per kilogram of food than plant-based alternatives,” said Caldwell.

“This rings particularly true for Australian consumers in light of the recent droughts in Queensland and New South Wales. Australia is the driest continent on earth, and is only expected to get drier as a result of climate change. Given this, consumers are increasingly turning to more sustainable food options,” Caldwell continued.

In addition, dairy products have been linked to increased saturated fat intake. As obesity rates continue to rise among Australians, low-fat dairy alternatives are becoming more attractive to increasingly health conscious consumers. As a result, plant-based milk alternatives that are frothable are also increasingly popular in Australia’s coffee shops. Mr Caldwell believes that demand for these products will intensify as the quality of milk and cheese alternatives continues to improve.

“Australia is currently experiencing a rising fitness culture, which is encouraging consumers to reduce their meat intake, and to move to low calorie diets. Plant-based food manufacturers have been acutely aware of this trend, and have increasingly produced foods with few calories and low levels of saturated fat. This trend has significantly contributed to rising demand for plant-based foods,” said Caldwell.

The future of Australia’s meat and dairy sectors
According to IBISWorld, the number of people following a vegan diet in Australia is expected to continue rising over the next five years, bringing the country’s meat and dairy sectors under increasing strain. As demand for vegan products rises, food manufacturers are expected to increase the range and quality of their plant-based foods, driving further demand.

On the other hand, rising prices and stagnant domestic demand have driven Australia’s meat and dairy sectors to look overseas in search of revenue growth. Australia’s pristine environment, and reputation as a producer of high-quality food products have boosted exports of meat and dairy products over the past five years.

“However, concerns about their position in the domestic market haven’t been ignored. Meat and dairy sector lobby groups have recently called for the banning of plant-based food manufacturers using terms such as milk and cheese in their marketing,” said Caldwell.