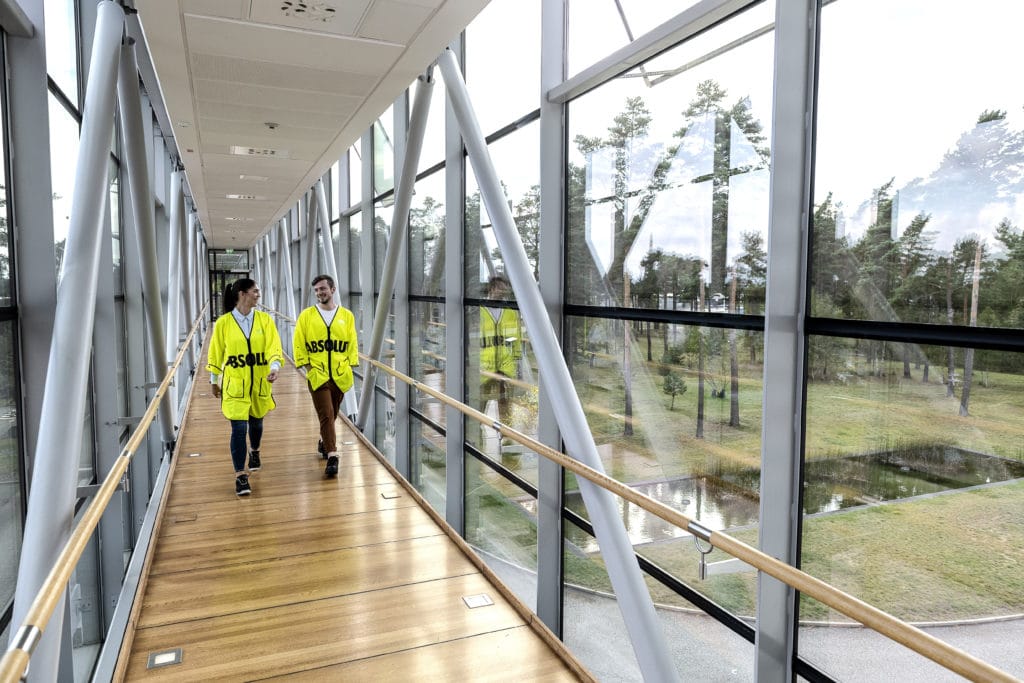 With the help of Siemens Opcenter, spirit producer Absolut Vodka was able to continue its reign as a premium supplier of vodka. Here’s how.

As a global supplier of vodka, The Absolut Company is proud of its Swedish heritage, hailing from small seaside town Åhus where the company still continues to produce its vodka. However, its consumer base is no small town.

Originating in 1879 with its US branch launching in 1979, it is sold in 126 countries demonstrating an ability to evolve with the ages. The beverage supplier has seen the likes of artist Andy Warhol and fashion photographer Ellen Von Unwerth, among others, as those who have worked alongside the brand’s marketing campaigns.

But as time continued to march on, The Absolut Company realised they needed to continue to evolve in a different department – the production process itself.

The Absolut Company was beginning to realise that to maintain its world-class standard across all levels, it would have to digitalise.

The company is no stranger to technology though; all of its processes since the 1980s have been automated with the company stating, “the first time a person’s hand touches a bottle is when it is placed on the shelf for sale, the second time when the customer takes it”.

What The Absolut Company was struggling with was the ability to meet consistently changing customers’ demands including providing a larger variety of flavours. According to The Absolut Company’s senior automation engineer, Emil Svärdh, the company wanted greater flexibility to create smaller batch, limited edition flavours. With its five main lines, one flexible line and no digitalisation, production at that level simply wasn’t possible.

“We wanted less bulk production and more small batch products. But how, we asked ourselves, could we increase variety and efficiency at the same time?” said Svärdh.

With quality, efficiency and climate awareness becoming key priorities for the company to upkeep, other pressures to digitalise came from a need to comply with changing regulations, as well as the need to keep up with the many, varied customer demands developing. According to Svärdh, these range from preferences for health and wellness to a greater demand for transparency, traceability and sustainability.

“We have a production philosophy that reflects these high ambitions: ‘One source, one community, one superb vodka,’” said Svärdh. “This slogan says a lot about our quest to always deliver world-class manufacturing, and the Industry 4.0 concept will be a crucial factor in living up to current and future production, consumer and environmental requirements.”

With the Opcenter installed as a base, the company was able to digitalise the control and line configuration of the five production lines in the Åhus facilities.

“The solution fits us perfectly, because it has been developed to cover the entire value chain, from receiving incoming materials to distribution of produced goods, including quality control, product planning and scheduling as well as reporting, trends and advanced analysis,” said Svärdh.

From there, the company went on the implement the Opcenter Execution Process software, which was the first steps in digitalising all three of three Åhus factories.

“For us, it was process of building ‘modules’ for digitalisation,” said Svärdh. “Digitalisation is a journey, and we knew we couldn’t do everything at once.”

For the vodka-producing company, it was all about contextualising everything, knowing the right time to digitalise the right product and how they should introduce it to solve the concurrent issue.

“The Industry 4.0 concept is part of our production strategy,” said Svärdh. “Like other digital investments, Industry 4.0 is important for keeping pace with developments in the market and the digital disruption that is taking place. We are convinced that we will find new types of value creation within the framework of both Industry 4.0 and digitalisation in general.”

“With good data, we can govern it (the information), raise knowledge and awareness and pinpoint the changes going forward,” said Svärdh. “We have the ability to be transparent and flexible.”

But it’s not only the Opcenter base which has Siemen’s mark on it. A majority of the control systems that manage the five automated and one flexible line are also by Siemens.

Alongside other supervisory control and data acquisition systems such as SIMATIC Win CC which is Siemen’s visualisation software, The Absolut Company is digitalising with no plans to stop.

This forms the basis of the production line setup and the process by which products are manufactured.

“We build a dynamic digital path for each work order,” explained Svärdh. “If we want to change, add or delete any operation, we can now do it digitally. It increases our agility and allows us to meet the changes that will come.”

With Siemens technology, The Absolut Company can continue to have a high utilisation rate, producing bulk products and small batch products while maintaining its equipment efficiency to between 70 to 75 per cent

“We strive to maintain this level, even though the batches are getting smaller in the wake of an increasingly richer number of flavours and bottles,” said Svärdh. “We are focusing a lot on this area together with Siemens and we are building the platform to meet our future demands.”

With new abilities to move materials in an efficient and flexible way with large data integration capabilities, Absolut has revolutionised its product traceability and entire value chain.

“It is no longer only the physical value chain that must be managed and developed, but also the digital reflection of these flows,” said Svärdh. “It is about integrating data and information points that are in completely different systems.”

According to Svärdh, having physical value chains is not enough without an accompanying digital value chain. Through investing in these “digital replicas” of the production lines, Absolut can run better digital simulations of configured batch runs, which helps prove whether or not a product line is developed as intended.

“If something needs to be changed, we can do it digitally before we start the physical equivalent,” said Svärdh. “In fact, it will be faster, qualitatively better and, above all, cheaper.”