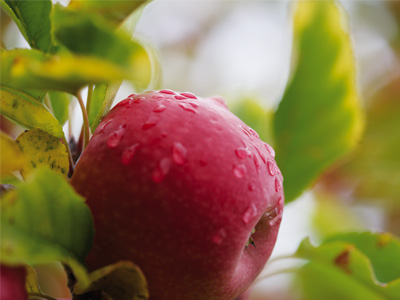 Since launching, Forbidden Foods have expanded into supplying a range of speciality rice flours to food manufacturers. Its bespoke rice flour range has been used in baked goods, soups, baby foods, snacking and plant-based foods. Having success with their rice flours, Forbidden Foods explored the potential of releasing a range of Australian-made, new and exotic flours that are not offered in the global market.

In 2019, Sensory Mill was created under Forbidden Foods Group, to provide ingredients for the food enthusiast. Sensory Mill offers a range of alternative products for use in manufacturing including powders, grains and blends and its newest release of an exotic flour range.

The flour range accentuates the core belief of Sensory Mill, which is to strive towards improved sustainability and traceability of products, while providing enriching ingredients.
The company’s newest standout product – which was released in January 2020 – is its apple flour, which is available in the retail and foodservice market.

To promote the idea of Farm-to-Plate, Sensory Mill has collaborated with Bellevue Orchard and Australian Dehydrated Food (ADF) to promote and introduce Australia’s first apple flour to the market.

Bellevue Orchard is a third-generation, family-run apple orchard located in Victoria, Australia and have been producing apple juice since 1998.

The orchard is owned by two brothers, Robert and Joe Russo, who continue to work there, however now run by Joe’s daughter Bernadette and Robert’s son Nick.

ADF is an Australian company that specialises in advanced and rapid dehydration technology to produce the dried foods sourced from Australia.

“Our aim is to work with natural, unadulterated raw material inputs, resulting in the most aromatic, tasty and nutrient-rich powdered foods on the market, which I believe we have achieved with the apple flour,” he said.

Forbidden Foods, Bellevue Orchard and ADF all have a strong ethos against food wastage, which was the basis upon their collaboration for Forbidden Foods to release, market and promote the apple flour to the retail and foodservice market. Nick Russo indicated that food wastage avoidance has always been a priority of theirs.

“Our goal has always been to make use of every part of the apple. Working with Forbidden Foods and ADF is the final piece of making this a reality with Bellevue being a zero-waste facility,” he said.

“We hope to divert over 800,000kg of wastage per year, into a premium product for market,” said Russo.

Bellevue worked alongside Forbidden Foods and ADF, to initiate production of apple fibre from the pomace in a patented process.

Bellevue realised the apple pomace wastage remaining after the juicing process was becoming costly to re-distribute to farmers for feed, or to move to landfill.

Moving the apple pomace was starting to take a strain on the local environment surrounding the orchard, with potential of having widespread effects.

After 18 months of trials, technology was developed for efficient dehydration of apple fibre to produce a food ingredient for human consumption.

The wasted apple pomace from juicing was drained and ground into a thin layer to be dried out and dehydrated. Once the pomace was efficiently dried, it enters the multi-step milling process that produced a fine flour ready for packaging and manufacturing.

Incorporating apple flour into products on an industrial scale can reap many nutritional benefits to the population.

Finished products with apple flour acting as a core ingredient will provide a nutritionally rounded profile.

Due to the high dietary fibre content of the flour, it has a wide range of antioxidants that are believed to assist in the reduction of cholesterol. The soluble and insoluble fibre within the flour will regulate the digestive system while promoting bowel health and growth of beneficial gut bacteria.

Milled apple flour is extremely fine, allowing it to be versatile in manufacturing and production.

It has many applications ranging from acting as a thickening agent in sauces and mixes, to being incorporated into bakery and snacking products.

The by-product flour is a great absorber of liquid causing this product to be an efficient binder in recipes, particularly in raw snack products that undergo minimal heat exposure.
Having a low sugar content accompanying the high soluble and insoluble dietary fibre, this flour can help control blood sugar levels.

Having low-fat content, it is a suitable ingredient when manufacturing low fat products for consumption.

The properties of the flour allow it to act as a replacer while extending shelf life for long-lasting and shelf-stable products when stored in ambient temperatures.

Apple flour is said to have a naturally sweet flavour that is not overpowering to the palate. The inclusion of the apple flour in baking may avoid the need for additional sweeteners.