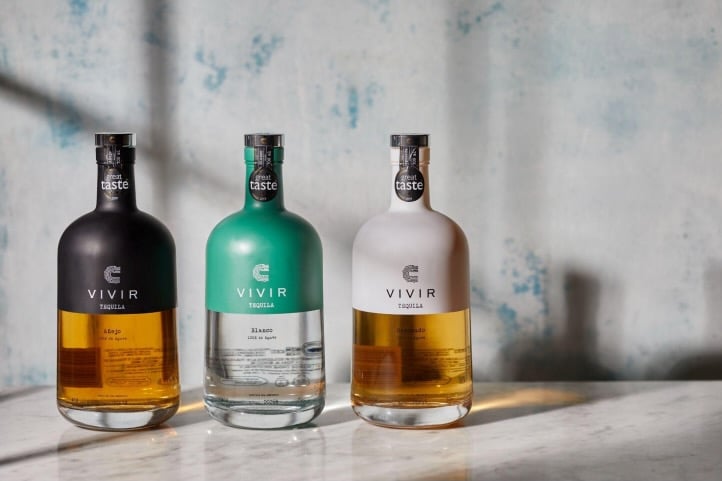 This month tequila brand VIVIR has launched in the Australian market, available at Coles supermarkets and other distribution partners.

Founded by Navindh Grewal and Paul Hayes, the aim for the brand was to change mainstream perceptions of tequila through a distinctive spirit traditionally produced at the Casa Maestri distillery in Jalisco, Mexico.

VIVIR is produced using 100 per cent Weber Blue Agave and natural volcanic spring water. Its aged Tequilas, Reposado and Añejo, are also finished in American Oak ex-bourbon barrels. The result is a smooth, fresh and robust range of spirits which has won multiple awards as it continues expanding into new territories.

Through the Coles distribution, there is an estimates sales value of £2.5 million across the core range of spirits made by VIVIR and El Sueño, a Tequila brand also owned and operated by Grewal and Hayes, as well as El Sueño’s canned cocktail seltzers.

This success has extended to another of VIVIR’s distributors, Vintage Cellars, where VIVIR Reposado has won the company’s Best of 2021 Gold award.

With VIVIR distributed in eight other countries, it has established an annual sales rate of 30,000 x 9ptr cases. Launches are also planned for Africa, the Middle East and the US later this year.

VIVIR Blanco Tequila, award winner at the Bartenders Brand Awards 2020 and Great Taste Awards 2019, was created after a year of development and over 100 iterations. The crisp, fresh spirit has sweet vegetal notes from fully matured agave, with hints of vanilla and heather honey. VIVIR Blanco is well suited in any classic Tequila cocktail, such as a Paloma.

VIVIR Reposado, aged for six months, has matured into a honey-coloured liquid with a complex flavour profile. The spirit holds the earthy notes of the agave yet with richer vanilla and caramel notes, making for a great after-dinner drink. It can be imbibed neat or in an Old Fashioned or Negroni.

VIVIR Anejo, aged for eighteen months, adds more depth to the colour and flavour profile. The smoky American Oak barrel evolves the liquid into a darker caramel tone, giving it gentle woody notes met with a rich, creamy mouthfeel. It holds well in heavier cocktails such as an Espresso Martini, or enjoyed neat.

The VIVIR range will be available at Vintage Cellars, First Choice Liquor and Liquorland.