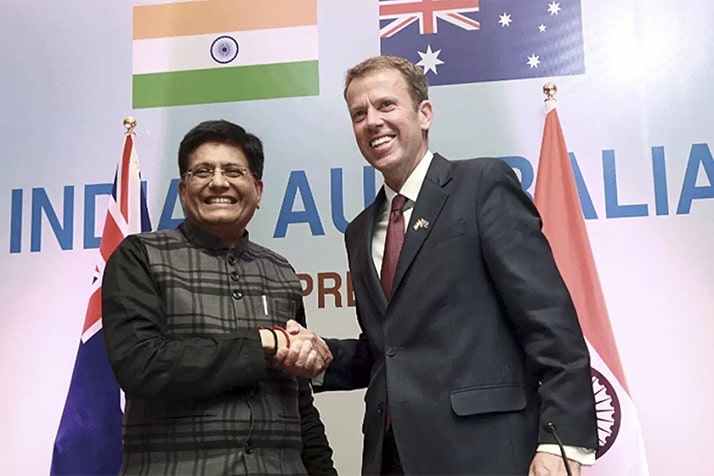 On 2 April, the federal government announced the signing of the Australia-India Economic Cooperation and Trade Agreement (AI-ECTA) to further strengthen the international relationship and make Australian exports to India cheaper.

Tariffs will be eliminated on more than 85 per cent of Australian goods exports to India (valued at more than $12.6 billion a year), rising to almost 91 per cent (valued at $13.4 billion) over ten years.

Prime Minister Scott Morrison said the agreement would create enormous trade diversification opportunities for Australian producers and service providers bound for India, valued at up to $14.8 billion each year.

“This agreement opens a big door into the world’s fastest growing major economy for Australian farmers, manufacturers, producers and so many more,” Morrison said. “By unlocking the huge market of around 1.4 billion consumers in India, we are strengthening the economy and growing jobs right here at home.

The Australian Meat Industry Council (AMIC) welcomed the agreement, as it eliminates the current 30 per cent import tariff levied on Australian sheep meat on entry into force.

“AMIC has been focused on achieving this fantastic outcome for the benefit of our sheep processing members and exporters, for a very long time,” AMIC Board director and AMIC Sheepmeat Policy Group chair Roger Fletcher said.

“This deal is a testament to the quality and desirability of Australian sheep meat across the world, and we are excited to be able to add to the growing list of satisfied global consumers who demand Australian red meat.”

AMIC CEO, Patrick Hutchinson, said they have been concentrated on advocacy with a range of stakeholders to pursue market opportunities in India.

“What has been achieved is a clear outcome of what can be done when industry and government work closely together to maximise market opportunities,” he said.

“This fantastic deal will give us added market longevity and market mix, in a diversified portfolio of new and emerging markets, as well as mature markets where we have existing strong commercial relationships. We are looking forward to the opportunities being offered in India and the new commercial relationships that we will build there in the years to come.”

For more information on the AI-ECTA is available here.