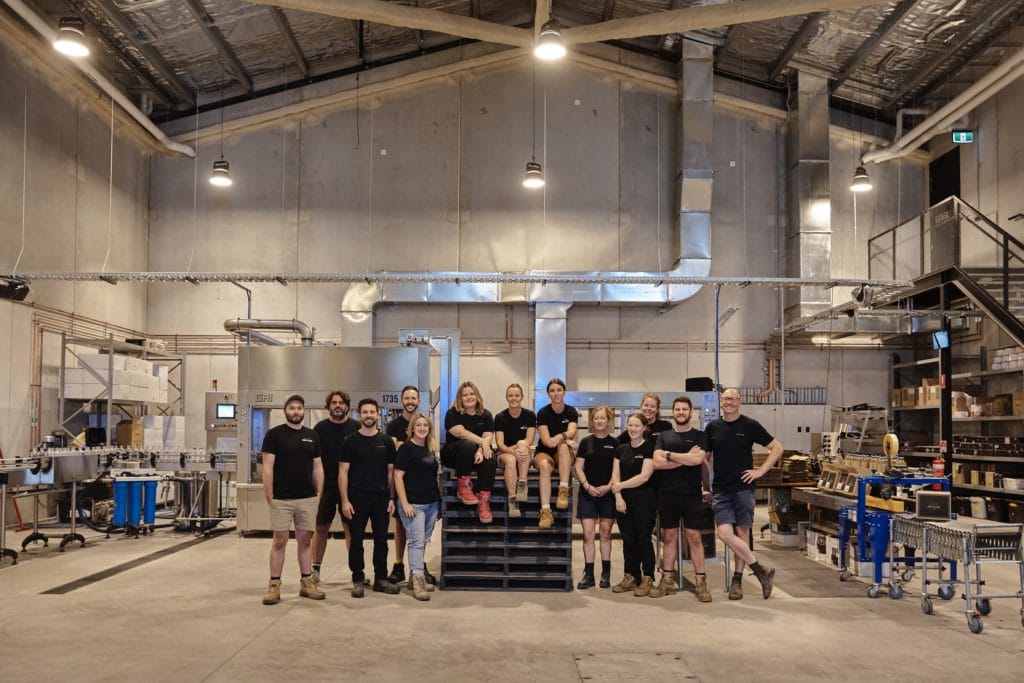 Four Pillars Gin has become the first carbon neutral gin distillery in Australia as it unveils a $7 million upgrade to its Healesville headquarters in Victoria’s Yarra Valley. The expanded distillery door is set to open to the public by the end of April.

This certification, under Climate Active, is only awarded to businesses that have reached a state of achieving zero net emissions. Climate Active is an Australian government initiative and is one of the most strident carbon neutral programs worldwide.

Four Pillars has been working with Climate Active and consultants Ndver Environmental for more than a year to achieve this accreditation, which considers all elements of the gin’s journey beyond the distillery door.

“This is a landmark day for Four Pillars and our commitment to sustainability,” Four Pillars co-founder and distiller Cameron Mackenzie said. “From the very first day we distilled gin we have tried to recycle, re-use and replenish our environment and give back to the community. We cannot give more to the community than assure it that our gins tread carefully on our planet especially in this time of climate crisis.

“Our journey to carbon neutral began with the simple idea of reusing oranges for marmalade, giving spent botanicals to pigs for feed, putting solar panels on our roof and of course offsetting what can be an energy intensive production process by carefully purchasing mainly domestic carbon credits.”

The soon-to-launch Four Pillars distillery, named Healesville 2.0, has seen more than a 1000sqm expansion of the original site and is set to become a new benchmark for craft gin distilleries worldwide. The new site is directly adjacent, and wholly connected, to the original Four Pillars home on Lilydale Road, Healesville and has been designed by Melbourne’s award-winning and sustainability led Breathe Architecture.

In addition to Four Pillars’ commitment to an emissions reduction strategy, the business is dedicated to achieving broader sustainability wins which were instrumental during the planning and build of Healesville 2.0.

The construction has used materials including recycled and upcycled concrete and bricks, pineapple “leather” upholstery and even building “waste” has been carefully used and given a second life. Furniture is all locally sourced, solar power panels clad the roof, and internal and external landscaping includes plantings of local natives and botanicals, many of which will be used in future gin distillations.

Gin will also be “piped” directly into the main bar through featured copper pipes to reduce glass waste plus bottled tonic usage will be massively reduced, replaced in the most part by tonic in kegs. These two initiatives alone will see the site save 29 tonnes of glass per year.

The whole site, incorporating the old and new buildings, will be enclosed by a copper “veil” made from 1650m of raw copper tubing, giving Healesville a stunning new landmark as well as working as a natural heat exchange to reduce energy consumption.

Ongoing sustainability programs include re-using the one tonne of spent botanicals produced each week in our Made from Gin food range or as mulch for local gardens.

Healesville 2.0 will place Four Pillars, the two-time winner of the IWSC International Gin Producer of the Year, on the global distillery destination map and is set to open to the public by the end of April 2022.

For further information about Climate Active and to see the full rundown of Four Pillars carbon reducing activities, visit www.climateactive.org.au.