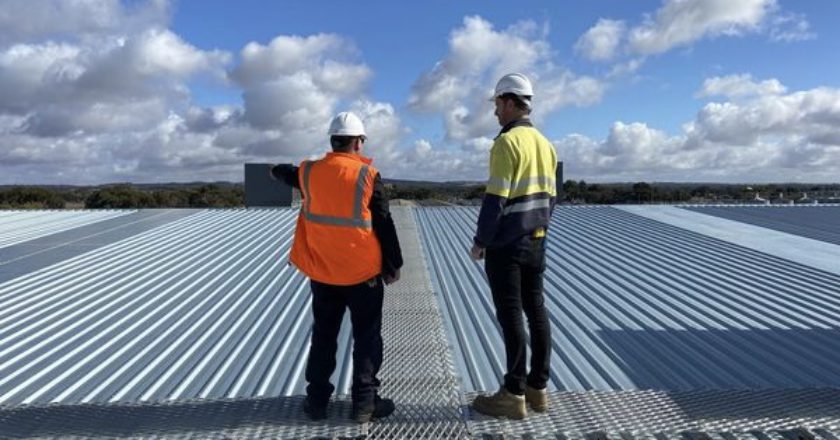 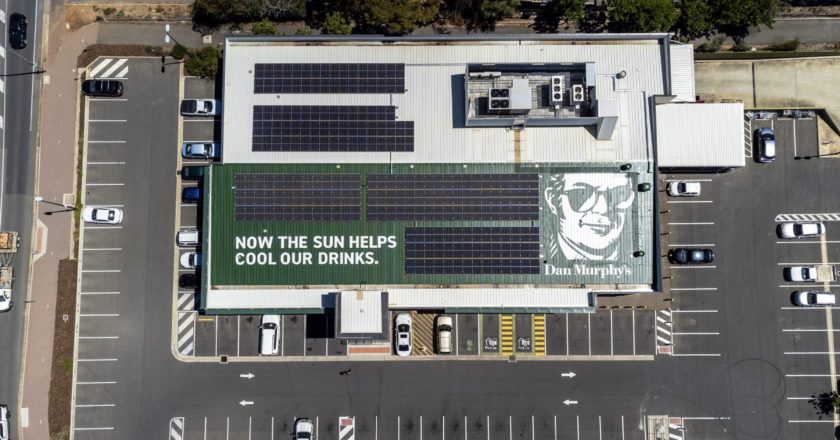 In a celebration of their ongoing commitment to sustainability and the use of solar power in their operations, a Dan Murphy’s store in Adelaide has installed a new logo on the roof of the building captioned, “Our drinks are now cooled by the sun.”  END_OF_DOCUMENT_TOKEN_TO_BE_REPLACED 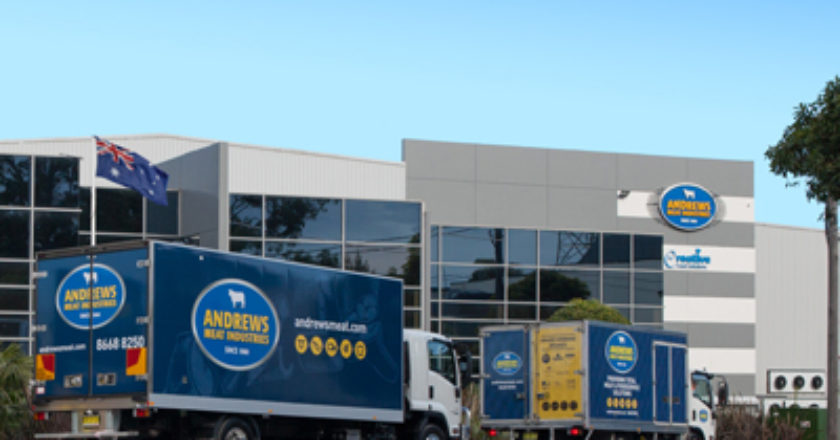 Food service and value-added meat provider Andrews Meat Industries (AMI), is set to reduce its energy consumption by more than 20 per cent thanks to solar energy.

Construction commenced in September at the Lidcombe facility, with the solar installation being the second within the JBS Australia Group.

With the meat industry contributing heavily to the world’s carbon emissions, AMI Director Harry Andrews said the solar installation was a logical move to reduce the organisation’s carbon footprint.

“As a market leader in the food service industry, we are committed to sustainably meeting the needs of our customers domestically and internationally,” Andrews said.

“Operating in an industry with increasing and expensive energy usage means we need to take measures to reduce the environmental impact of our operations through sustainable business practices.”

Covering almost 6,000 square meters, the installation will reduce the energy consumption at site by more than 20 percent, equating to a decrease of more than 19,000 tonnes of emissions per annum.

The 836KW installation will cover around 90 per cent of the facility’s roof and will generate 1,202 Megawatt hours per year – enough energy for a car to drive almost 76 million kilometres.

“As we strive to continually improve our resource efficiency and reduce our carbon footprint, the 2,300-panel installation will make a considerable impact on our reliance on grid energy usage,” Andrews said.

The AMI solar installation is the second for the JBS Australia Group, following the Primo Foods 3.2MW installation at the Wacol facility in late 2018.

The solar installation for AMI is in addition to recent sustainability initiatives including:

Todae Solar, the same team who constructed the installation at Primo’s Wacol facility, will be implementing the solar solution at the AMI Lidcombe site.

Aris Hovardas, General Manager Sales for Todae Solar, said Todae Solar are proud to be selected for a second time as the preferred provider of a large single rooftop solar system with JBS.

“We are happy to see an increasing number of food processing facilities offsetting their carbon emissions and reducing their electricity costs through self-generation,” Mr Hovardas said.

“JBS are leading the way and setting an example for their industry with this latest system, following on from their record-setting Wacol facility in Queensland late last year.” 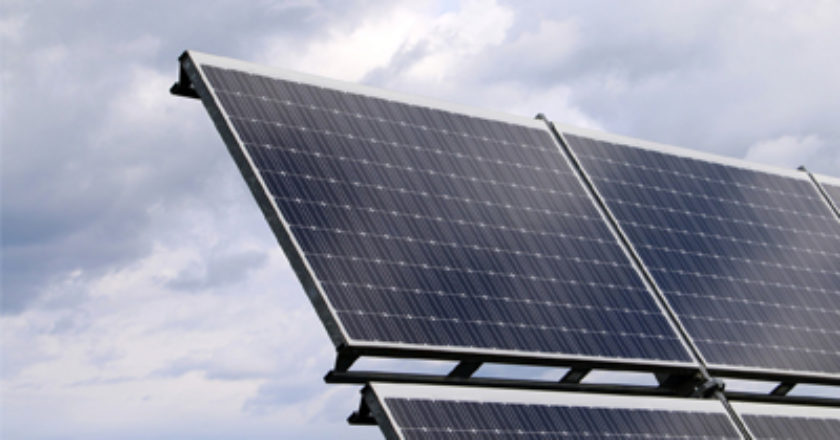 In the first deal of its kind to be made by a major Australian retailer, Coles will purchase more than 70% of the electricity generated by three solar power plants to be built and operated by Metka EGN outside the regional centres of Wagga Wagga, Corowa and Junee – the equivalent of 10% of Coles’ national electricity usage.

The photovoltaic solar plants will supply more than 220 gigawatt hours of electricity into the national electricity grid. Producing the same amount of power from non-renewable sources would result in more than 180,000 tonnes of greenhouse gas emissions^ every year, or the equivalent of the annual emissions of 83,000 cars**.

Coles Group CEO Steven Cain said the increased use of renewable energy was a major part of the company’s commitment to be the most sustainable supermarket in Australia.

“Coles has been a cornerstone of Australian retail for more than 100 years, and ensuring the sustainability of our business is essential to success in our second century,” he said.

“We are thrilled that with this agreement, Coles can make a significant contribution to the growth of renewable energy supply in Australia, as well as to the communities we serve.

“We have already made changes throughout our business to use energy more efficiently, which has enabled us to reduce our greenhouse gas emissions by 4 per cent over the past financial year and more than 30 per cent since 2009, despite growing our store network.

“Over the past two financial years alone we have invested more than $40 million in energy efficiency measures including upgrading all store lighting to LED by the end of 2019 and the installation of solar panels on 30 stores.”

“Agreements like this are crucial to growing renewable generation capacity in Australia because they give the developers the certainty they need to invest,” he said.

As well as supporting large-scale generation projects, Coles is working with property partners to increase on-site generation of renewable power at stores and distribution centres.

“We plan to install solar panels on another 38 stores this financial year and we will be working with our landlords and property developers to identify further locations suitable for on-site solar power generation,” Mr Keeve said.

The projects announced today were developed by Australian renewable energy developer Terrain Solar, with the support of advisory firm PwC, as part of a portfolio of renewable generation plants.  Metka EGN acquired the portfolio earlier this year and will build, operate and own the plants.

The new solar plants are expected to support more than 250 jobs in regional NSW, including over 240 during construction and 10 ongoing roles.

Construction is scheduled to begin in September and the plants are expected to commence supplying power to the grid in July 2020. 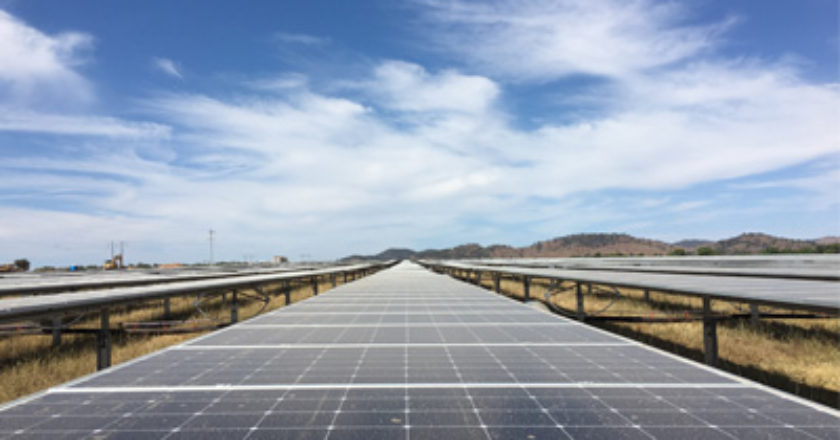 The agreement allows Kellogg’s to offset the energy generation carbon impact of its Australian manufacturing operations for the next seven-and-a-half years. Based on 2018 production data, the PPA would offset the amount of energy needed to produce an estimated 630 million boxes of Australian-made cereals for the duration of the PPA. The power plant is situated in the central west of NSW and contributes power directly into the National Electricity Market from which Kellogg’s acquires power.

Significantly, the PPA will assist in delivering Kellogg’s broader sustainability commitments by displacing an estimated 139,000 tonnes of carbon dioxide emissions over the life of the agreement. This is equivalent to planting over 2.3 million trees or taking about 30,000 cars off the road over seven years.

The volume of electricity generated under the PPA and the volume of LGCs sold to Kellogg’s will represent approximately 29 percent of Beryl Solar Farm’s production for 2019, with volumes in later years based on Kellogg’s anticipated electricity requirements.

“We live in a country that is experiencing firsthand the effects of a changing and unpredictable climate, and, as a business that manufactures in Australia, we have a responsibility to reduce our impact on the environment,” Kellogg’s Australia & New Zealand, managing director, Esme Borgelt. “We’re doing that through both continuous improvements in manufacturing to reduce our energy demand and developing innovative partnerships that help increase the available renewable energy in the system.

“Our partnership with the Beryl Solar Farm enables us to champion and support the clean energy revolution, helping to offset the greenhouse gas emissions from both our head office and manufacturing site in Australia, as part of our broader sustainability commitments.”

The signing of the PPA with Kellogg’s increases the proportion of the output from the 110.9-megawatt (MW)DC Beryl Solar Farm that is committed to long-term PPAs. The total amount of energy generated by the solar farm is sufficient to meet the electricity needs of approximately 25,000 average NSW homes and, annually, is expected to displace approximately 153,000 tonnes of carbon dioxide (CO2) emissions, while saving 37 million litres of water per year.

“We are very pleased to be entering into this power purchase agreement with Kellogg’s Australia,” said John Martin, CEO and managing director of New Energy Solar. “Not only does it increase the proportion of Beryl’s output that is contracted, but it also demonstrates the appetite of Australian corporates for renewable power. Solar-generated electricity achieves both cost and environmental goals for Australian companies and their stakeholders, and we look forward to this partnership with Kellogg’s Australia.

“As an experienced global enabler of corporate solar, we’re pleased that Kellogg’s has joined us on the journey to a sustainable energy future,” said Tom Best, director of project management in the Asia Pacific region for First Solar. “Combining the attractive economics of a commercial PPA with the environmental benefits of zero-carbon power generation is a well-defined path for corporates to achieve their goals.”

The project, through its Community Engagement Plan, is committed to reinvesting in the local community through the Beryl Solar Farm community fund, a managed development fund supporting community-based initiatives, projects and events that target a range of community needs, including environment, education, youth, social, culture, sport, recreation and economic development.