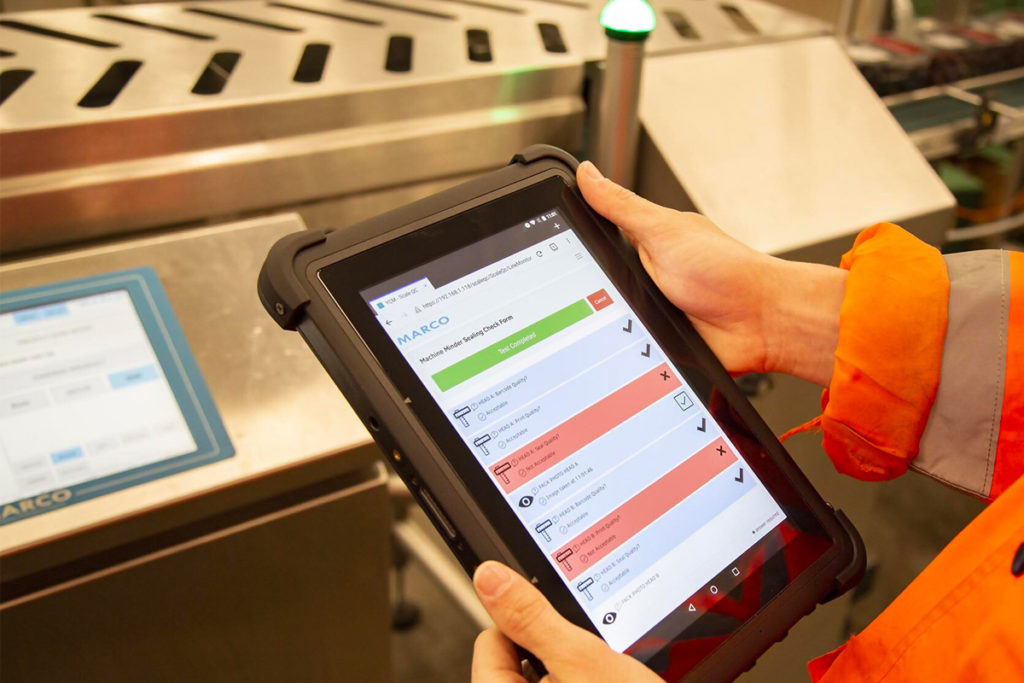 Focussing on the formulation and mixing processes as well as incoming raw materials, this is the first phase of an ongoing project to bring improved control, visibility, and efficiency to key parts of the Gloucester production facility.

In addition to the software, scope of supply includes a driver-operated weighbridge, DataMaster recipe formulation scales and pit-mounted bulk weighing floor scales. Unilever is the world’s largest manufacturer and currently operates ice cream factories throughout the world. Its ubiquitous ‘heartbrand’ products are sold in more than 40 countries worldwide and its famous Walls* brand maintains its UK market leadership.

Although very efficient when correctly implemented, it is widely accepted that ERP systems suffer from what are termed as ‘unaccountable losses’, typically emanating from discrepancies in raw material usage and wastage. (SAP usually bases its calculations on set target values and when, as is common, the actual usage varies, these losses accumulate.) MARCO Trac-IT has been specifically developed to counter these shortcomings by continually updating systems such as SAP with live data from critical points on the factory floor.

Acutely aware of these losses, Unilever Gloucester’s SAP administrator Neil Drew and his colleagues recognised that their mixing room presented a ‘black hole’ regarding accurate data. Recipe make up was based around an outdated manual entry system, which was too susceptible to human error and did not have adequate cross checking to maintain optimum efficiency. By the time data arrived at SAP it was historic and often inaccurate. This in turn had a direct impact on raw material usage and stock control.

“Any business which converts raw materials into finished product will have unaccountable losses unless they have an effective Manufacturing Execution System in place. Trac-IT has given us an environment where we now have total control, total reportability, less mistakes and one where every action is logged. This clearer operational visibility has enabled us to reduce our raw material stock holding levels. MARCO’s personnel have been extremely accommodating throughout and installation has been carried out with minimum disruption to our operation. The MARCO system has evolved on a continual basis and we are now in the process of bringing other areas within the factory under the Trac-IT umbrella – Neil Drew, Unileaver”

Having seen MARCO Trac-IT in operation at another Unilever plant, it was decided to investigate whether this could help to solve the current shortcomings and following lengthy discussions and presentations, the contract was awarded to MARCO.

When delivery drivers arrive at the main gate, they are issued with a swipe card programmed with data relating to their specific delivery. On arrival at the weighbridge, they swipe this card through the reader and enter the delivery note number. Provided this complies with the stored information in MARCO Trac-IT, the weighing can take place.

Drivers are then directed to the correct off-loading point. Remote cameras forward and aft of the weighbridge provide a permanent record of the vehicle’s position on the weighbridge to ensure the weighing is legitimate. After discharging the empty vehicles are weighed again and the net delivery weights transferred instantly via MARCO Trac-IT to SAP.

The mixing plant is at the heart of the production process and any delays or problems here have a direct effect on productivity. During recipe make up, SAP acts as the master, with conformity cross checks taking place with the MARCO Trac-IT Data Exchange Module.

When a planned work order is raised by SAP for a specific batch requirement, the bill of materials (BOM) for the manual assembly of ingredients is sent to the appropriate MARCO DataMaster weighing terminal. The terminal screens provide clear operator instructions and the associated barcode scanners check that ingredients are added in the correct order. The easy-to-use bar graph on the DataMaster screen aids operators through the weighing process, ensuring ingredient weights are within pre-set target. Any errors in ingredient additions are automatically flagged up, preventing further progress without supervisor intervention. As each ingredient or sub mix is collated, individual barcode labels are printed to accompany them en-route to the mixer.

The manual additions are directly controlled via MARCO Trac-IT, whilst the mix plant systems control the semi-automatic bulk material additions. MARCO Trac-IT checks that all the required ingredients and sub mixes for a particular batch are added to the mixer. On completion of the bulk dispensing, the mix plant system transfers the results to MARCO Trac-IT where this real time information, together with the manual assembly data is checked against the works order and passed back to SAP.

As raw materials are withdrawn from stock, ready for mixing, SAP automatically downgrades stock levels based on actual usage. As an additional control, Trac-IT holds records of these materials until the ingredients have been placed in the mixer.

“Any business which converts raw materials into finished product will have unaccountable losses unless they have an effective Manufacturing Execution System in place like – James White Director Select Equip, exclusive distributor of MARCO in Australia”.