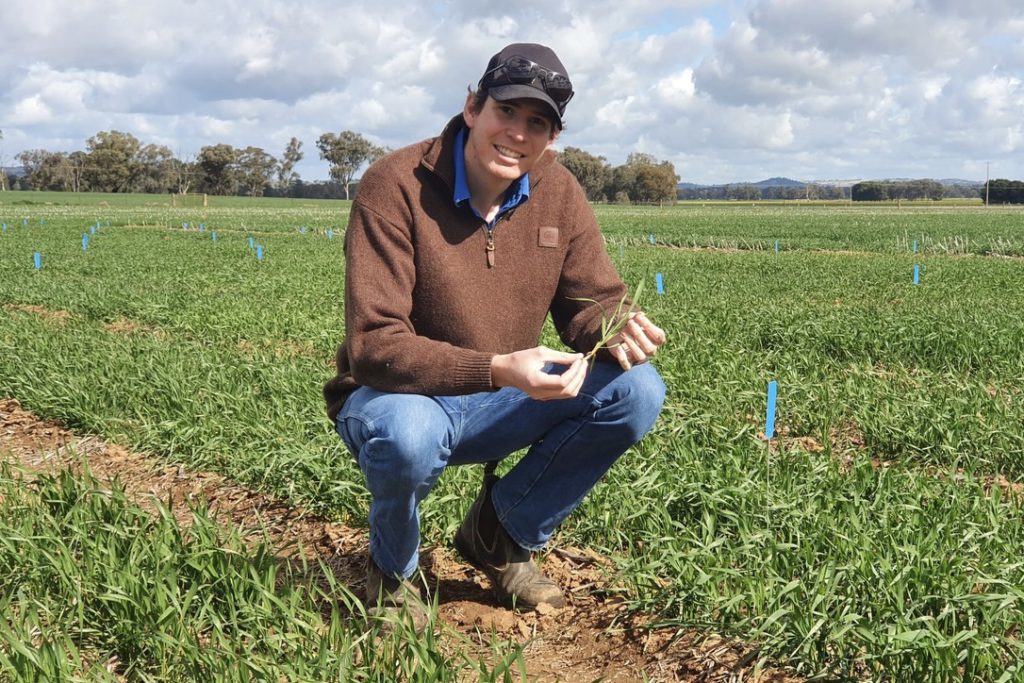 Charles Sturt University’s Graham Centre for Agricultural Innovation is researching the characteristics of fast-growing wheat, which can be sown in winter to help farmers in south eastern Australia adjust to a changing climate.

“Farmers in the southern wheat growing regions are experiencing hotter, drier starts to the season which means the traditional autumn break is becoming less reliable and is shifting later in the year,” Green said.

“There’s a need for the development of a wheat variety that can be sown mid-winter when it’s more likely to have better soil moisture, but one that’s short-cycling so that it flowers at the right time.”

There could also be potential benefits in reduced herbicide use.

“The current trend of sowing longer season wheats early in the season can lead to a reliance on selective herbicides applied during the season,” Green said.

“As a result, herbicide resistant weed populations continue to develop and spread across growing regions.

“It’s hoped a shorter season variety would leave more time at the start of the season for double knocks with non-selective herbicides, or other non-herbicide reliant weed control strategies such as cultivation.”

Sowing later in the season may also allow more time for soil amelioration activities such as deep ripping, lime and gypsum incorporation and fertiliser spreading.

“The addition of a late-sown, short-cycling wheat will not replace traditional varieties, but it will give growers more options, flexibility to double crop and to combat herbicide resistant weeds and other pests and diseases.”

Green will also compare and contrast a diverse range of wheat varieties to identify the optimum characteristics.

“More than 100 years ago, William Farrer developed the very fast-growing Sunset wheat for the marginal areas of NSW,” Green said.

“We’ll be comparing that with wheat lines that are currently commercially available, Chinese lines and up-and-coming high vigour breeding lines.

“Sunset in particular does not contain the dwarfing genes found in nearly all modern varieties and therefore should present comparatively different and interesting physiology and growth patterns.

“It’s also exciting to be working with something developed by NASA for possible use on space stations.”

The project is jointly funded by an Australian Government Research Training Scholarship (AGRTP) and a GRDC Research Scholarship (GRS).

The GRDC supports PhD students through these scholarships to help bridge capacity and ability gaps in priority science disciplines. They also enable research proposals that address grain grower constraints, or opportunities that contribute to grower profitability.