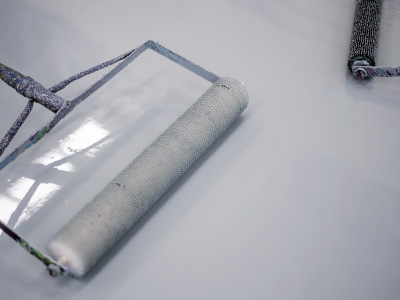 Most construction builds have challenges. But when there are a few hardcore caveats attached that will have an impact on getting the job completed on time and within budget, it is important to have people on the ground who are not only experts but can perform under pressure.

Food and beverage construction specialist Total Construction found this to be the case when it tendered and won a contract to complete a considerable alteration at an infant milk powder processing plant.

Total Construction’s national manager for food and beverage, Tony Tate, knew it would be a hard job, but one that the company and its staff would be up for. It would also prove that the commercial building specialist had what it took to turn a job around quickly and to the client’s specifications.

Tate and his team knew from the outset that if the job wasn’t finished on time, it would cost not only the client, but Total Construction, a lot of money. This was due to the penalty clauses in the contract. The main issue of concern was that the plant might become contaminated during the build, which means it would not meet Australian standards when it came to producing foodstuffs. This entailed a whole raft of restrictions to be put in place that meant Total Construction had to carefully plan and execute the build so as not to be liable for any overruns or contamination of the factory.

How does a company meet strict criteria, all the while completing a job to its own high standards?

Experience and planning were the two main components, according to Tate. They also had to persuade the milk powder manufacturer that Total’s methods of tackling the job were the best way forward.

“The plant had a shutdown period of only one month. For them to shut down for a month, meant they were losing a lot of revenue. It was a big deal for them,” said Tate. “The key driver for us was the plan of action. We had to incorporate building work, which can get messy, in a pharmaceutical area, which has to be spotless. The last thing that we want is any dust or contamination in a milk powder plant.”

There were five work zones at any one time with each of those work zones going from low to high care. Workers could walk around the low-care part of the facility – the warehouse – which was where the milk powder was already in sealed packaging, so there was little chance of contamination. It was the high-care areas where caution needed to be taken.

“Every day we were to make sure all the foreign matter – cable clips, cable ties, any debris that was left on the floor – was cleaned away thoroughly,” said Tate. “We had to captive vacuum every day and had to wear captive footwear. Even the builders had to change from safety boots to captive safety boots.”

When it came to making sure the project was going to come in on time some lateral thinking was required. Tate’s initial scope said the job would take 42 days. Even the independent design consultant could only see the job being completed within 46 days. The client initially thought that throwing more bodies into the project would help bring the alteration in on time. But as the Total Construction team pointed out, there were restrictions on space. Tate and his team came up with a solution that would make the job a little more costly, but not as costly to the client if they took an extra two weeks to complete.

“We started working with the design consultant and said we could expedite the process by putting two shifts on,” said Tate. “That is when we really started working with the client. You want to make sure you can take the client on the journey and build confidence with them. As you build confidence, you know what you are doing and you are then helping the client. So, we got the two shifts going as well as working Saturdays and Sundays.”

And while it was a precise process, there were a few issues that did arise along the way. At one stage, they managed to be three days ahead of schedule but the client delayed sign off on the HVAC installation, which put them back to the original schedules timeline. When the sign off was sorted out, there was an issue with the digger that was going to be used to dig out the new floor. It wasn’t cleared as a hygienic piece of equipment. It wasn’t until the Total team pointed out that the soil they would be removing would not be hygienic that it was decided that the digger – under amended conditions – could be used.

Another lesson learned was that even working under stringent conditions, the unexpected can occur. It pays to think laterally, and help the client out the best you can, said Tate.
“After we started, the client realised that once we finished up, they would only have five days to train on the new plant,” said Tate. “The staff not only had to be trained in the new equipment, but they had to validate the new equipment, too. They realised that the time they had allocated themselves to do this was not long enough. They then had to clean the facility and make it suitable to occupy.”

The client asked Total if they could use certain areas of the facility to do the training, but the penalty clauses in the contract made Total reluctant to do so. Total was within their rights to refuse but knew that it could cost the milk processing plant literally hundreds of thousands of dollars.

“So, we came up with a sequence on how to do the job and accommodate them,” said Tate. “First, we did the epoxy floors in the different areas on different dates. Once we completed certain areas, the hygiene teams went in and cleaned them up so they could be utilised. They then taped off the finished areas and they could go from there.”

And when it came to commitment, nobody was more invested in the project than site manager Craig Harkins.

“Craig lived and breathed it from six in the morning until eight at night,” said Tate. “There were times when we had to make sure that he was given time off because he was getting fatigued. When you’re struggling with fatigue, you get injuries and there are mistakes.”

It was a closely monitored build. The site manager knew at each stage exactly where the build was up to. If they weren’t up to where they should have been, all parties agreed on an action plan for the following day so they could catch up. They also had daily tool box talks to discuss contaminants and hygiene.

And the client’s reaction to the final product?

“If you look at the hygiene standards of the build, you could eat your dinner off the floor – it is that clean,” said Tate. “I think that because we have been retained for Stage 2 of the project means they were happy. It was a hard job, but we learned a lot from it. More importantly, we came in on time and on budget in what was a challenging build, so it was good news all around.