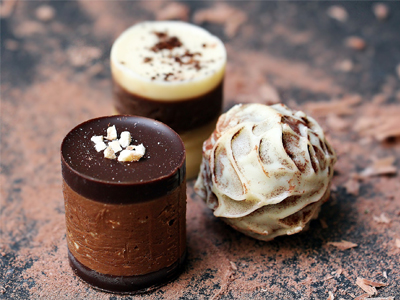 With COVID-19 restrictions around the world limiting impulse purchasing and decreasing consumer confidence, global chocolate consumption has fallen significantly over recent months, according to a new report by agribusiness banking specialist Rabobank.

In the report — Consumers Lose Taste for Cocoa Under COVID-19 — Rabobank said a significant proportion of chocolate demand is comprised of impulse and gift purchases made at retail shops, vending machines, airports, or while travelling.

“The instant gratification of an in-person purchase has been largely unavailable while consumers have been stuck at home and under government imposed lockdowns and this, combined with the prospect of a recession, has seen consumers more likely to shun indulgent snacks, especially those considered a luxury,” report author, London-based Rabobank commodities analyst Andrew Rawlings said.

In the US, for example, Mr Rawlings said, chocolate sales in supermarkets initially increased in April as consumers stockpiled goods, however sales for May and June showed steep month-on-month declines.

“We’ve also seen this trend play out in other regions and other commodities across the globe, with a short period of stockpiling prior to government lockdowns followed by a return to a new normal in sales,” he said.

Lower cocoa demand
The report says lower global chocolate consumption has led to a drop off in demand for cocoa grindings – the main ingredient in chocolate.

“In some regions — such as Europe — we saw processors increase cocoa grindings in quarter one, as they anticipated the potential for future plant closures during lockdowns. However, outright lower cocoa demand in the fallout of COVID-19 saw grindings in major production regions significantly lower year-on-year in quarter two,” he said.

“For this period, European grindings fell by 8.9 per cent year-on-year — the largest percentage decline in Europe since 2012 — while there were also big year-on-year falls in grindings production in North America (10.5 per cent) and in Asia (six per cent).

The report says the recession resulting from COVID-19 is expected to extend into 2020/21 and cocoa demand is unlikely to resume its growth trend until 2021/22, assuming a complete relaxation of social distancing measures.

Downward price pressure on cocoa
Rawlings said while cocoa demand had been impacted by COVID-19, the effects of the virus on cocoa supply have been minimal, and will likely continue to be.

“The mid-crop harvest is well underway in West Africa and with no major weather issues, cocoa availability at origin should be extremely good,” he said.

“This imbalance between supply and demand will likely keep pressure on cocoa prices until availability weakens or a weather issue develops ahead of the main crop in October.”

Australia
While specific Australian chocolate consumption was not detailed in the report, Rabobank Australian-based senior analyst Michael Harvey said similar trends are expected to have been evidenced locally.

“With weaker economic conditions, consumers tend to tighten their belts and are less inclined to make discretionary purchases of some luxury food items,” he said.

“Australia’s economic slowdown over recent months is likely to have adversely impacted chocolate sales, however, the country’s relative success in controlling the spread of COVID-19 means sales may have declined less significantly than in some other regions.”

Harvey said with cocoa the principal ingredient in chocolate – along with milk and sugar – the lower demand and strong supply could spell good news for chocolate lovers, likely to keep a lid on retail price rises in the near future.