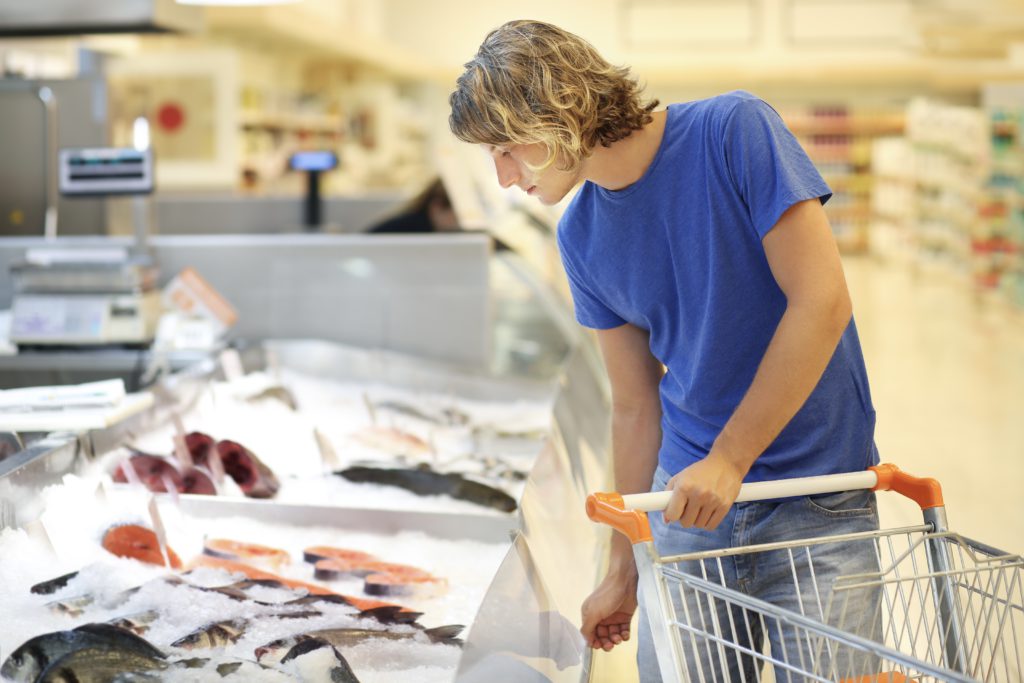 Counterfeit food has been a thorn in the side of the food and beverage industry but GS1 Australia is stepping up to help combat the problem. Adam McCleery writes.

Issues around counterfeit food are of growing concern to the food and beverage industry, but advancements in traceability technology are helping to combat this troublesome area.

There are two main types of counterfeits in the food sector. First, food fraud, falsification and adulteration, which refers to products made from ingredients that are not of the quality claimed by the manufacturer.

Second is the falsification of a brand, protected geographical indication (PGI) or denomination of origin (PDO), which relates to falsified data either on the food or the packaging itself.

Peter Carter is the Director of Business Development and Innovation at GS1 Australia, a not-for-profit organisation that specialises in developing and maintaining standards for barcodes and traceability. He said the company has developed methods for the industry to track products more accurately and, by extension, mitigate the risk of counterfeiting.

“GS1 is stepping up to the plate on this with the introduction of next-generation barcodes, like 2D and QR barcodes. GS1 has also introduced new global services around verification,” he said.

Two-dimensional (2D) barcodes, unlike their predecessors, can hold more information about the product inside the packaging.

QR codes are another version of machine-readable barcodes that can retain a host of information for the consumer, who can scan them with a smartphone.

Carter said too many myths revolved around 2D and QR codes; myths he hoped, would be squashed as the technology becomes more prolific.

“One of the things that we often hear from various angles is that QR codes aren’t safe, and I’d like to kill that myth,” said Carter.

“The fact that so many people carry mobile phones now, and QR codes have been so widely accepted, particularly in our major markets in southeast Asia, is a good sign.”

Carter said a key driver behind the adoption of new barcode technology was a trade-off between cost, speed, and effectiveness.

“We’ve found that putting identifiers on the product, we have been doing that for 50 years now, is the foundation to provide global traceability and to increasingly tackle issues around fraud and misrepresentation,” said Carter.

“As the issue grows globally there’s more sophistication needed to combat the issues, particular around organised crime. There are more sophisticated methods for identification of batches and to be sure about the country of origin.”

GS1 is uniquely positioned to support the industry with all the features of 2D and QR codes as a means of protecting product and brand quality.

“GS1 has a huge role to assist the industry in delivering information directly to the customer and that’s what these 2D codes are making possible and there’s a real transformation occurring,” said Carter.

“Customers want and expect this sort of information, but we need to make sure that the brand owners have control of what is delivered to the customer.

“There are a lot of parties sitting in between and brokering information, and there is enormous potential for counterfeiting of information and distorting the facts when they don’t come directly from the brand owner.”

“If there is a high-cost ingredient, let’s say muesli, the packaging might mention blueberries and the customer thinks they are fresh, but the blueberries could be frozen or not natural,” said Carter.

“There’s a spectrum of severity and it’s typically done with no regard for quality or safety.”

Public safety, even more than brand reputation, is another key driver behind the renewed push to stamp out counterfeit food, according to Carter, but the implications are still at the front of the mind of industry insiders.

“What is concerning to industry is the extent of the substitutions that are occurring,” said Carter.

“There is an obvious health and safety issue – and authorities are pretty focused on this – to track down anything that is a major risk through recall systems.”

According to Carter’s research, consumers are concerned with the provenance and ingredients of their food more than ever, which has also driven concerns around counterfeit food and the potential impact on the brand itself.

For example, consumers are quick to point out any issues around unlisted allergens being found in a product, generally after an allergic reaction, which has led to changes at the point-of-sale with frequent allergen warnings to protect the brand’s reputation through transparency.

“When you have falsification and counterfeiting of food in that scenario you end up with a significant long-term issue,” said Carter.

Carter said the Australian industry could learn from global markets and apply that knowledge locally to respond well to this rise in consumer awareness.

“The Department of Agriculture has been very proactive and done a great job in driving national traceability discussions and we need to get that right,” said Carter.

He said getting it right also meant reaching a higher level of transparency with consumers who will inevitably ask the hard questions if they feel they’ve been misled.

A key concern is the ease with which packaging can be replicated and then filled with counterfeit food, something the brand itself would have no awareness of, which could lead to negative impacts on its business.

“GS1 lays the foundations for product identification to assist with fraud, detection, and prevention but most of those measures are applied extrinsically to the packaging, like a barcode on a box of cheese,” said Carter.

Another critical area around counterfeit food is  the way in which it is processed.   That may also present contamination issues that consumers should be made aware.

“Anti-microbial resistance is a ‘monster in the cupboard’ and the pandemic has taught us that things can get out of control very quickly. This is one of the areas where, if the supply chain is compromised, we end up with much bigger issues,” said Carter.

Some products are more susceptible to counterfeiting than others, Carter said, particularly products with a global reputation.

“Australian produce is very much prized because of the way we produce it. The extent of counterfeiting is an indication of the demand for the product, for example Australia’s fresh produce,” he said.

“High value and fast-moving produce has been significantly impacted by counterfeiting but the huge unknown is the very significant commodities that are homogenous in nature, like grains and sugar. It is easy to co-mingle and substitute good quality ingredients with inferior ones.”

The extent of the possible co-mingling hasn’t been quantified yet, but it’s still an area of concern.

“The commodities like grains and sugars are a big bottom line for the Australian Gross Domestic Product (GDP), and that is a big challenge. It’s an area where there is still a lot of work required to tackle,” said Carter.

“I think the bar has been raised with respect to what customers feel they should and want to have access to. In the future I think we will find manufacturers will be providing more information by default.”

One of the many tools GS1 uses to help combat counterfeit food is called Verified by GS1.

Verified by GS1 is a tool to get the product identity correct every time by registering a Global Trade Item Number (GTIN), another GS1 innovation, which is then used to look up product information on a secure database.

“Verified by GS1 is building on unique identification and is adding pictures in case the product is being counterfeited at the package level,” said Carter.

“Detecting anomalies in the print or labelling is another form of intervention. We also have the means to use sophisticated cryptography for public and private key encryption.”

GS1 also provides a structured standard called EPCIS, which captures and shares details of key events that occur during production and throughout the supply chain.

The aim of EPCIS is to enable disparate applications to create and share visibility event data. This includes object, aggregation, transformation, transaction, and quantity events, which are combined with serialisation, such as batch and lot numbers, and therefore make counterfeiting difficult.