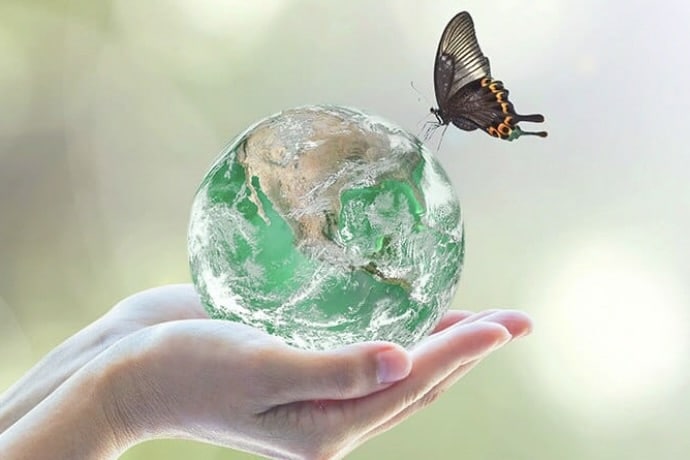 Life is the precursor to science; therefore, it would be fair to say that it is in the interest of science to preserve life. In this article, Thermo Fisher Scientific takes a closer look at the evolution of artificial insemination for breeding animals; how it is being used to protect and preserve life through biodiversity; and the right tools and certifications for these processes.

The study of reproductive processes in animals as a tool for breeding has existed since the first domestic cattle was owned.

More recently, advancements in biotechnology have caused new processes to emerge including artificial insemination, in vitro fertilisation (IVF), embryo flushing and cloning— in order to breed more desirable qualities in a species or increase an animal’s offspring.1

However, in addition to boosting the dairy and meat industries, increasingly, artificial breeding is being used for animal conservation efforts —which may seem counterintuitive— but the idea is to offset the impact of human consumption by using these advancements in biotechnology.2

And these efforts are not limited to just cattle and livestock.

In recent years, a field has emerged in the scientific community that employs artificial insemination practices, such as cryo-storage and biobanking to store animal embryos across various species as part of organised biodiversity and conservation efforts.3

Basically, anything that has a sperm, or an egg, can be sampled and stored cryogenically in a biobank for animal specimens.

Dwindling biodiversity is a global issue, but it has some unique implications for Australian wildlife.

According to Shelley Burgin, Emeritus Professor of Environmental Sciences at Western Sydney University, the scale of species loss in New South Wales has been ‘substantial.’ More than 80 species of plants and animals are now considered extinct and approximately 1,000 species are either endangered or vulnerable. 4

The Australian biology community has been working to collect and store embryo samples of ocean species that are being threatened by pollution and overfishing.  The intention is that these cryogenically stored embryos will later be used to sustain fish species, boost genetic variety, and ultimately—prevent extinction.

Thermo Fisher Scientific recognises that the possibilities with animal biotechnology are fruitful to say the least, but also come with specific challenges.

The biobanking of animal embryos is a relatively new process for which sampling protocols remain loosely defined.

Establishing best practices and regulations has been largely left up to the efforts of independent research institutes, conservationists, naturalists, zoologists, and marine biology departments.

For collection and preparation of in vitro fertilisation samples, Thermo Fisher recommends the Nunc Centrifuge Tube, and for embryo fertilisation, maturation and transfer, the Nunc ICSI and Nunc Center Well dishes are FDA-cleared and CE-marked Class II for IVF use.

Cryopreservation of sperm, eggs and embryos can be done using the High Security Sperm and Vitrification straws from the Cryo Bio System range of products. Cryo Bio Systems’ unique High Security concept consists of four pillars: safety, biocompatibility, traceability, and optimisation. All Cryo Bio System High Security Straws are guaranteed to provide the perfect tightness, specifically in liquid nitrogen. These straws are manufactured using an ionomeric resin which do not contain any plasticising agents that could potentially leak into samples.

Some of the other certifications and testing the Nunc range are accredited with include:

Using the one-cell stage mouse embryo toxicity test, the criteria is that more than 80% of the fertilised eggs should develop to a fully expanded blastocyst after 96 hours. The MEA test is a release test, and the product will only be sold if it meets these criteria.

To pass the HSSA test, the motility of human sperm should be ≥70% after 24 hours of sample preparation. The HSSA test is a release test, and the product will only be sold if it meets these criteria.

Every single batch of Nunc product is tested vigorously to ensure that all products are safe. Testing results are available online.

Sterility is obtained through irradiation according to ISO 11137 (sterilization of health care products—requirements for validation and routine control—radiation sterilization).

Batches are tested using a limulus amebocyte lysate (LAL) test. The test is performed on representative samples using the Associates of Cape Cod™ LAL Detection Kit to quantify gram-negative endotoxins according to the approved test procedure “Use of Limulus Amebocyte Lysate for the Detection and Quantification of Bacterial Endotoxins,” based on USP <85>. Products are considered nonpyrogenic at less than 20 endotoxin units/device (0.5 EU/mL).

Thermo Scientific™ Nunc™ IVF products are produced under ISO 13485 guidelines to ensuring they are safe for performing fertilisation processes and biobanking animal embryos.  Improper storage of animal embryos can have major implications on the future of biodiversity. Hence, proper consumables and equipment are paramount to successful sample storage.

Thermo Fisher Scientific does the testing, so you don’t have to. For more information on lab consumables, equipment, and certifications for storing animal embryos, consult with an expert today, or visit thermofisher.com/ivf.