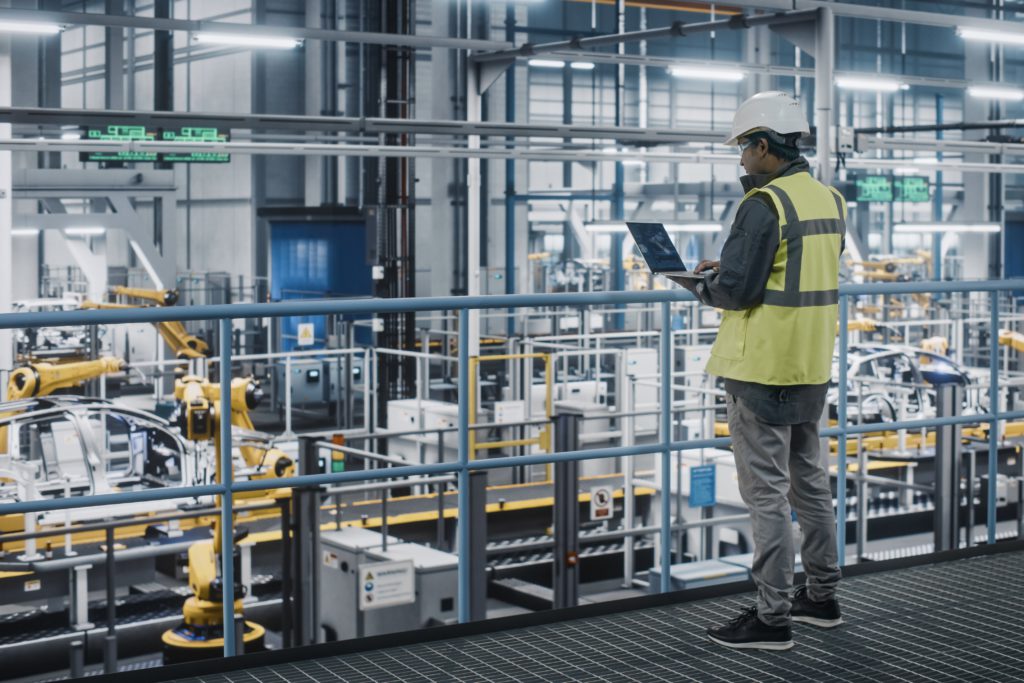 This year is the first with key targets in the Food and Beverage Manufacturing Priority Road Map, yet in many ways the industry is already exceeding expectations, Adam McCleery writes.

The Australian food and beverage industry’s future is being shaped by a focus on the importance becoming more sustainable and robust, with government investment and innovation helping to drive key changes.

The industry has entered its second year under the Federal Government’s Food and Beverage Manufacturing Priority Road Map, a plan designed to strengthen manufacturing capabilities by overhauling six key areas.

The priority road map is part of the government’s $1.5 billion investment into the Modern Manufacturing Strategy which looks to improve multiple industries, including food and beverage.

The first major goals expected to be achieved by the end of 2022 and centre on several key areas such as increasing manufacturing capability, boosting translation, integration, and collaboration, and identifying new industry opportunities through R&D and smart manufacturing.

This will hopefully improve processing and packaging through co-investments in translation, integration, and collaboration.

The four overarching areas of focus for each step starts with smart food and beverage manufacturing for consumer-driven products, innovative foods and beverages, and food safety, origin, and traceability for quality assurance.

Each has different goals to reach at the two-year, five-year, and 10-year mark of the industry road map.

In terms of second year goals, an increase in the use of smart manufacturing is the first critical component.

Smart manufacturing will look at automation of control systems with use of robotics and monitoring systems for hygiene, temperature, and other variables.

Second is laying the foundations for the application of Industry 4.0 technologies, while the third is whole-of-government responsibility to be coordinated and clear programs for manufacturers laid out.

And finally, government and industry partnerships to help identity policy changes to help achieve the overall vision of the road map.

The map defined innovative foods as products with higher nutritional value and the ability to improve health. Interestingly, the market has already seen growth in areas like sugar-free beverages as the consumer demands healthier alternatives.

It stated that consumer preferences would shift to convenient pre-packaging meals and high value products, such as products with high proteins. This has so far proven correct with major ready-meals providers like My Muscle Chef and Hello Fresh experiencing rapid growth.

The use of digital labelling, such as QR codes and blockchain technologies, is a good example of innovation driven change to the industry.

New digital labelling and QR code technology offer solutions that increase food safety and traceability systems. Experts from GS1, for example, are helping to introduce the industry to the next wave of barcodes and have already received promising feedback.

Other visions for the industry include the adoption of Industry 4.0, and a focus on collaboration between industry, government, and research for both global and local development.

Industry 4.0 was developed to allow manufacturers and other businesses to optimise their operations through a higher degree of oversight.

“By playing to our strengths, strategically investing, and harnessing our world-class science and research, we can open up new markets and take more of our quality products to the world. Making us more prosperous,” said Andrews.

Sustainability is another critical component underlining the road map’s main goal of securing a strong food and beverage industry for the future.

Despite 2022 being the first year set out for targets on the road map many manufacturers, producers and retailers were already working towards renewable energy and as a result some met targets well before expectation.

Throughout 2021 many large manufacturers and retailers within the food and beverage sector, including major supermarkets like Coles, announced renewable energy plans, or in some cases having already achieved them.

Coles’ chief sustainability, property, and export officer Thinus Keevé said he was extremely proud that Coles had not only created a clear pathway to achieving its 100 per cent renewable electricity target on schedule but had also set the plan in motion less than a year after announcing the target.

“As part of Coles’ Sustainability Strategy, including Together to Zero, we set the ambitious target to be powered on 100 per cent renewable electricity by end of FY25. The agreements with Origin Energy, ACCIONA Energía, and ENGIE puts us on the path to achieve this,” he said.

“We can now say with confidence that Coles will be 100 per cent renewable from July 1, 2025, which is an incredible achievement.”

Meanwhile, Nestlé switched to 100 per cent renewable energy in 2021, which means prominent brands like Kit Kat, Milo, and Nescafé are now being made at factories where 100 per cent of the electricity is sourced from wind power.

The move comes as Nestlé Australia announces it is now switching to 100 per cent renewable electricity, four years ahead of its global target of 2025, in line with the road map.

The company has partnered with CWP Renewables to make its first renewable power purchase agreement (PPA), bringing the company one step closer to reducing its net emissions by 50 per cent by 2030 and achieving net zero by 2050.

CWP Renewables’ Crudine Ridge and Sapphire wind farms in NSW will generate enough electricity to cover the electricity used across Nestlé’s sites each year – the equivalent of powering approximately 19,000 households per year.

“Achieving our sustainability commitments as we progress towards 2050 can’t wait, and neither can we. I am proud that we’ve been able to accelerate switching to 100 per cent renewable electricity for our sites, but there’s still more to be done. This is one more step on our roadmap,” said Nestlé Oceania CEO Sandra Martinez.

The switch to 100 per cent renewable electricity in Australia will mean Nestlé will avoid around 73,000 tonnes of carbon emissions each year, which is the key factor in sustainable and renewable energy galvanising the industry for the future.

A major retailer, Coles, and a major Australian manufacturer, Nestlé, are great examples of how the industry is responding positively to the Food and Beverage Manufacturing Priority Road Map. And both cases give some indication of how these changes can positively impact the environment by reducing emissions.

The companies that supply the food and beverage industry with its traditional forms of power are also overhauling their approach, companies like gas and engineering provider BOC.

In 2021 BOC announced a new power purchase agreement (PPA) with energy from waste facility Avertas Energy and Shell Energy, to reduce its greenhouse gas emissions by 16 per cent.

The PPA will enable BOC to support decarbonisation of Australia’s largest food and beverage manufacturers and other industrial customers.

BOC has purchased enough certificates to supply the food and beverage sector with carbon dioxide and liquid nitrogen, produced with 100 per cent renewable electricity from 2023.

The entire industry, from engineers, to manufacturers and producers right through to retailers, is full of stories like the above. Stories which demonstrate the industry is trending towards the strengthening manufacturing capabilities while creating a more sustainable approach.

After 2022, the next major goals are set for 2025. Those targets will be dependent on how the industry adapts to these changes over the coming three years.