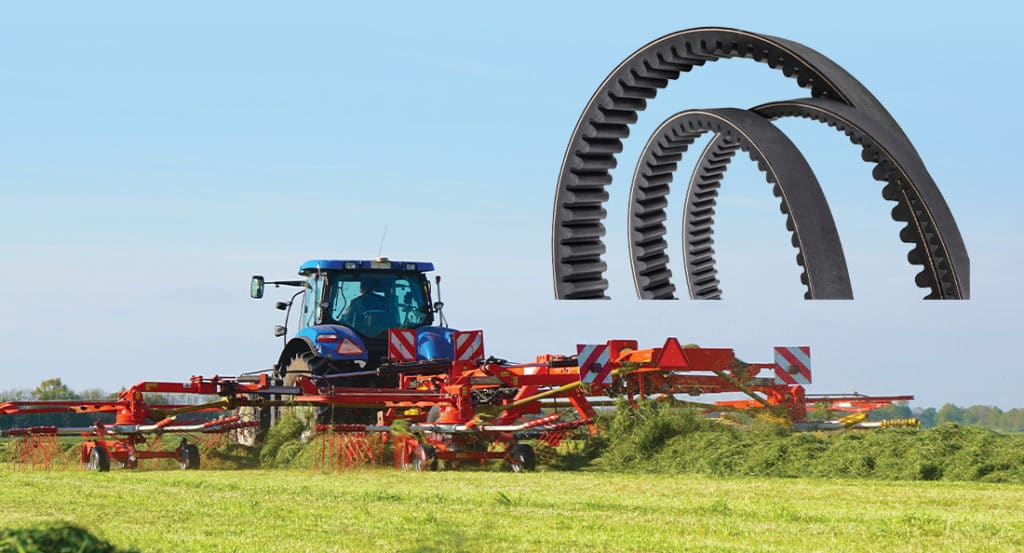 The driven parts on a harvester can require up to a dozen belts at a time, according to CBC Product Manager for Power Transmission and Belt Drive Systems, Steve Hittmann. “Harvesting equipment is subject to a lot of rough and tumble, so they need to have high tensile strength under demanding conditions.”

“Belts on harvesters are the most common replacement part we sell during peak harvesting season, which is why I often suggest starting the season with belts that have been designed to withstand the harsh conditions of the field.”

For the most demanding conditions, Steve recommends the Timken® Super Ag-Drive®️ Belt. Formerly known as the Carlisle belt, it was originally designed as an OEM equivalent, according to Steve.

When it comes to supplying belt solutions for harvesting equipment, Australian Timken cuts down the competition by going straight to the source. The company has become widely recognised for their work with original equipment manufacturers to develop tailored engineered belt solutions that are in line with the specific requirements of their design.

Timken expanded their reach in the ag sector when they acquired the Carlisle company back in 2015, bringing with it more than 100 years of accumulated knowledge and experience in developing reliable belt drive solutions.

“The Super Ag-Drive® Belts have been engineered for performance and reliability on harvesting equipment and that’s why they are the preferred belt of OEMs. But we don’t just work with OEMs—we also work with the end users to see how the product is performing. Based on those findings, we will look to make further improvements.”